Here is THE collection of video games we need at the beginning of 2021. Many of the games on the list are cross-platform games, some are PS5 exclusive games, or Xbox exclusive.

What you’ll find in this article:

On the list you’ll see games which will be released in 2021, some games which are rumored for 2021, several games which are late 2020 release, and those which got postponed for early 2022. We added them all so our readers have the full picture. What games are we going to play in 2021? We here at TechACake.com decided to make an exhaustive list in search of the brightest and shiniest. Come on in! 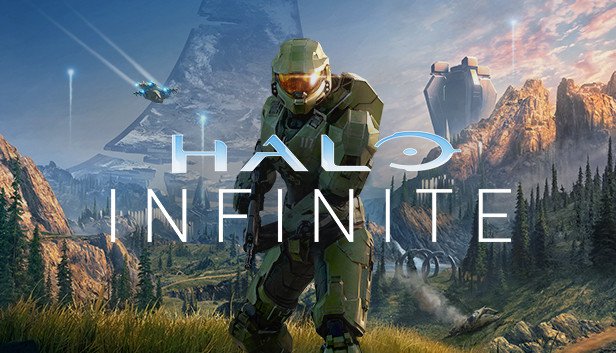 Five years after the release of the previous Halo 5: Guardians (October 27, 2015), Xbox comes up with the next Halo game. The main antagonist in the game is called The Banished. According to PCGamer, we’ll see the Master Chief’s new weapons and gadgets, as well as a larger open world in the new Halo Infinite. 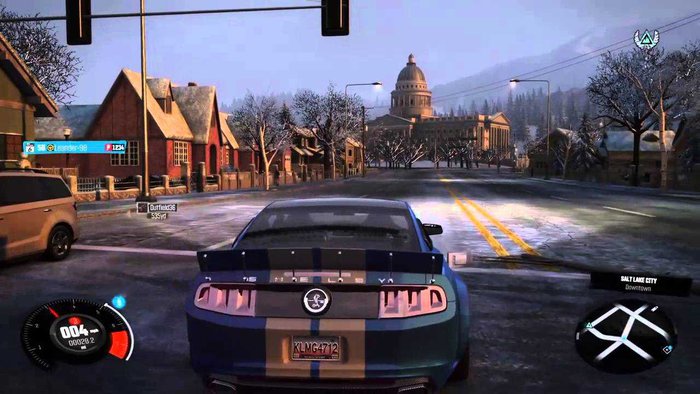 Gran Turismo 7 is without a doubt one of the most anticipated PS5 games and sim racing games of 2021. It’s realistic and offers breathtaking views of racing tracks and countrysides. The 4K graphics are a major improvement over the previous part, not to mention it comes with a technologically advanced VR. If you’re a fan of car racing video games as well as the Gran Turismo series, the new sequel is a must. 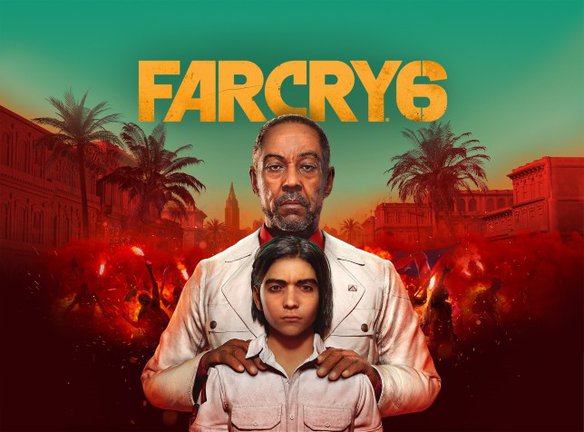 Yara needs to be saved. There’s the dictator Antón Castillo - the main antagonista and Dani Rojas and his guerrillas are the traitors. Diego and his son are going to restore the country to its previous glory. Players fight against the bad guys in a beautiful tropical country. 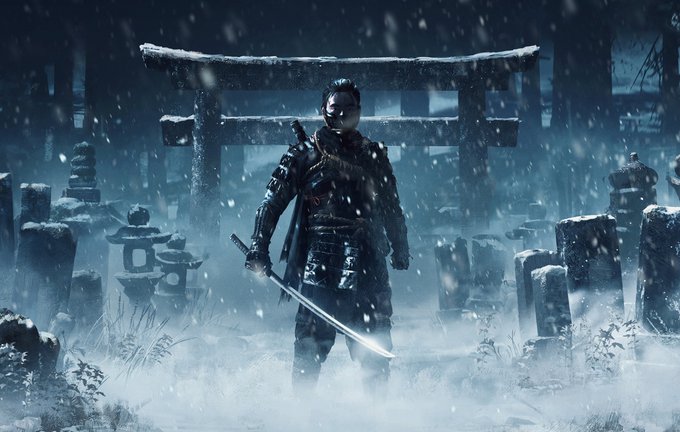 This is a state of the art PlayStation game inspired by Japanese mythology. You play from the point of view of a Japanese samurai. The Mongol Empire attacks Tsushima - a Japanese island that needs your protection. There is a multiplayer mod called Legends and a horde mode when you fight against raids of enemies. 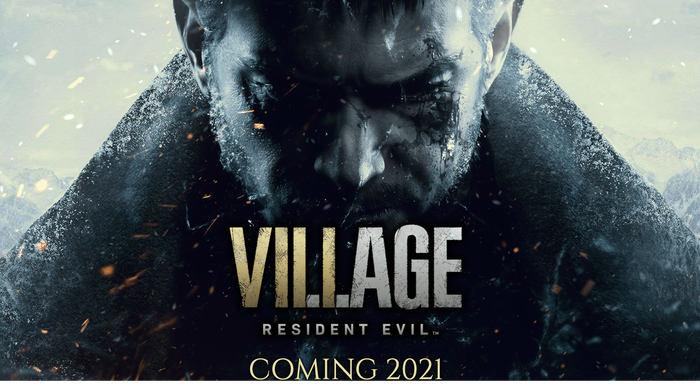 The eight part of the famous series of games is upon us. The main characters, Ethan Winters and Chris Redfield meet again only to dive in a horrific nightmare. There’s not much information about this battle for survival yet, but there are rumors that we can expect the game to launch as early as April 2021. 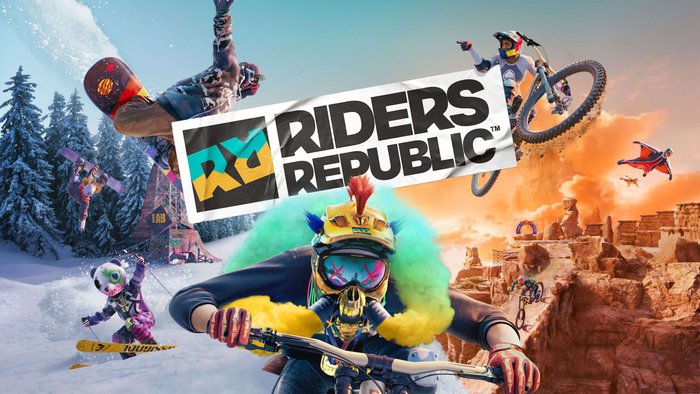 Setting: National parks in the US

If you’re looking for an adventure sports game set in the greatest National parks of the US, you just found it. The graphics are awesome, the dynamics look just amazing. Gamers from over the world join teams practicing different sports and compete against each other in a breathtakingly beautiful surrounding. A must-have! 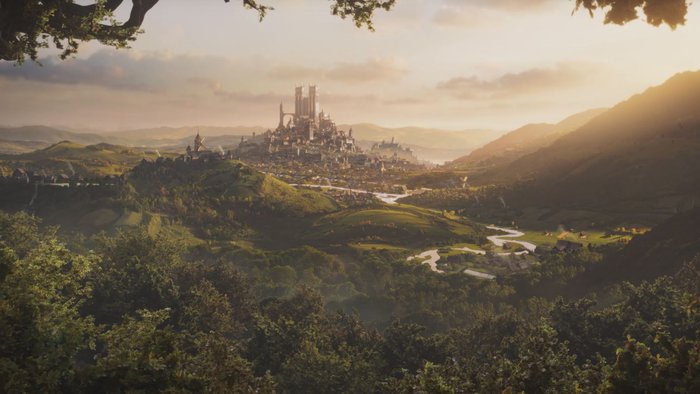 In a world full of miracles and magical creatures, your adventure is yet to begin. We don’t know much about the story yet, but we do see a glimpse of the Heroes Guild crest on a sword hilt in the trailer.

The Japanese are world renowned for their ability to create horror stories. This game will give you goosebumps for sure. Visit a creepy Tokyo where 99% of the population had vanished for some reason. Discover what has happened and maybe you can be the saviour of the metropolis. 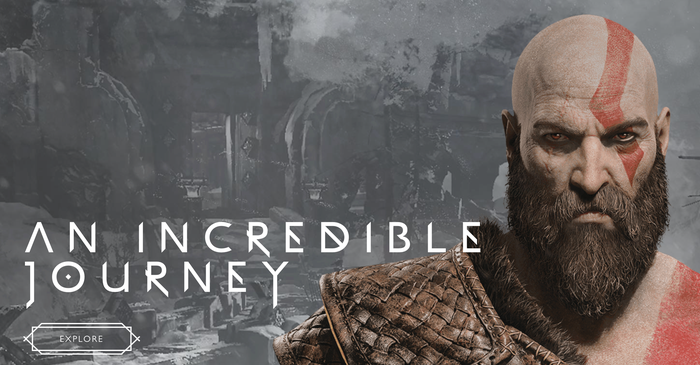 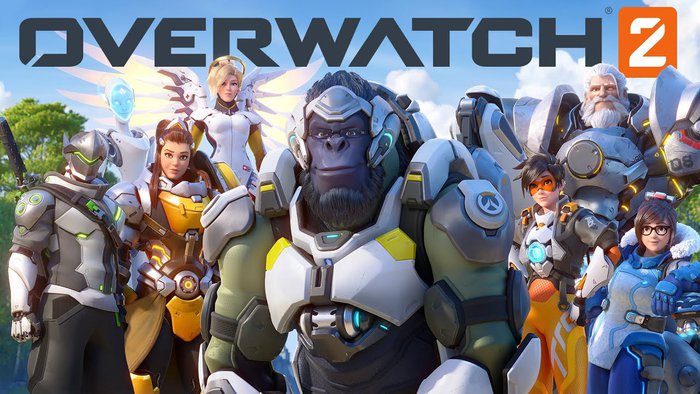 Overwatch 2 release date: not announced yet

The sequel to Overwatch is definitely one of the most wanted video games of 2021. Two new heroes will be introduced - Echo and Sojourn. Blizzard promises that the loot collection and the achievements of Overwatch can be transferred to the sequel. The team-based action game will be available in 2021 with new heroes and maps.

Darktide is developed by the creators of the epic Vermintide series. (When we’ll see a Vermintide 3 release date is still unknown, but fans have hope.) Four players will stand against thousands of enemies in the realm of Warhammer 40,000. The multiplayer shooter game is highly anticipated from owners of the fresh-out-of-the-oven Xbox Series X. 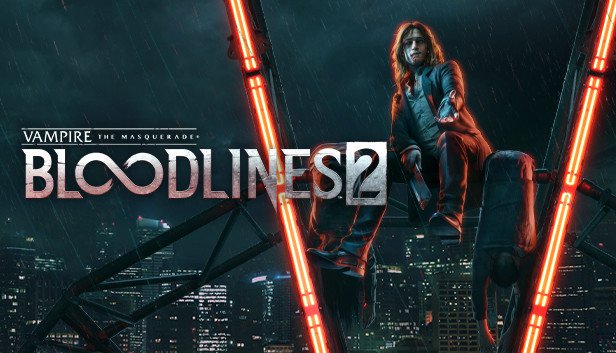 Setting: Seattle, in the World of Darkness

Gamers immerse themselves in a world where vampires and werewolves live in Seattle in the 21st century. At the beginning of the game, you choose one of three vampire abilities and join a vampire clan. Players go on missions and upgrade both their abilities and their clans (and are bloodthirsty, literally). Since the vampire groups in the game are fighting against each other, players need to stand their ground and survive. 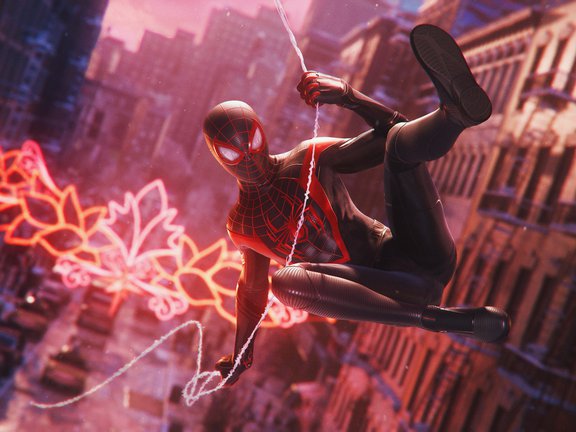 Miles Morales is a student of Peter Parker. He moves to Harlem and assumes the role of Spider-Man, although he has a lot to learn yet. The plot can be viewed both as a sequel to the previous game - Marvel’s Spider-Man 2018, and as a standalone game for players who are new to the Spider-Man universe. 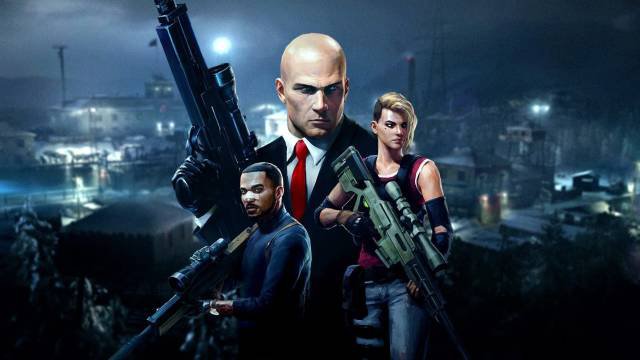 The Hitman series have delighted fans for years now. It will be the final game from the World of Assasination trilogy. We’ll see Agent 47 again and will play the game from the point of view of his character. One of the best things is that gamers can now enjoy a VR experience of the Hitman world.

Setting: Hogwarts in the 1800s

The game is developed by Portkey Games - by the creators of Harry Potter: Puzzles & Spells (check our Guide to this mobile game, it's awesome!), Harry Potter: Wizards Unite, and Harry Potter: Hogwarts Mystery. Diving deep into our favorite school of witchcraft and wizardry, gamers can join the adventure and explore Hogwards as much as they want. There will be classrooms and lessons (potions for me, please!), fantastic beasts and all kinds of new creatures and locations. Fighting Dark wizards has never been more fun! 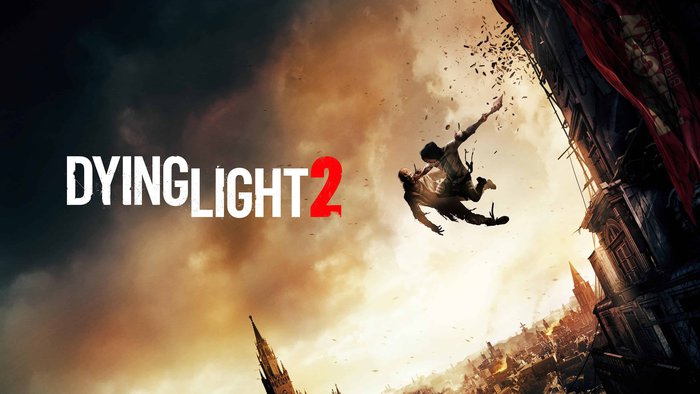 The players of Dying Light 2 enter a dark world of debris and destruction. There has been an official gameplay trailer of the game since 2019. However, the creators still haven’t given us a release date. Graphics and views from the 4K trailer look promising and the setting looks particularly gloomy. Players explore The City and fight organized crime as well as some more zombies that have been added to the sequel. 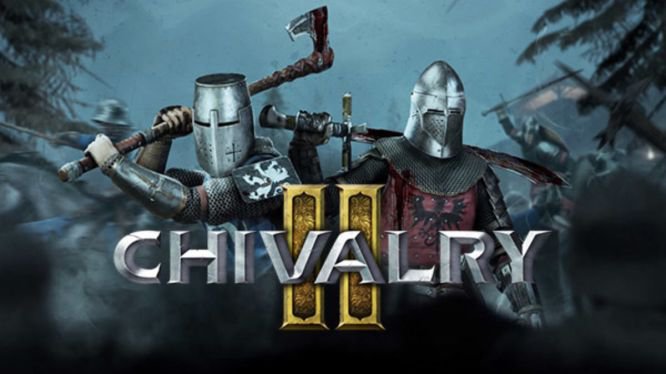 Medieval battlefield games like Chivalry 2 offer us the amazing atmosphere of the age. Every gamer can become a battle hero, lay siege to castles, and slaughter their enemies. In August 2020, the developers announced that the release date has been delayed for 2021. 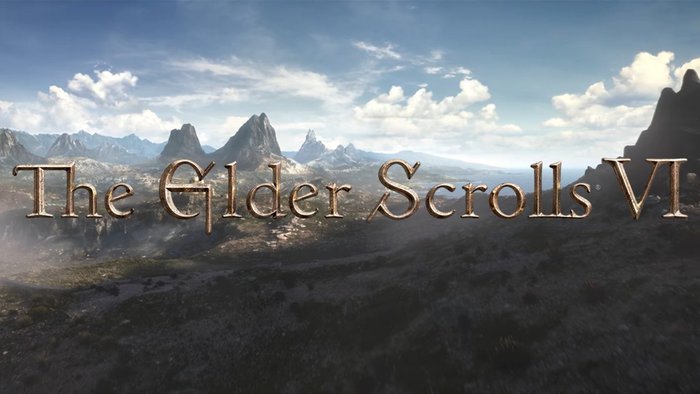 The Elder Scrolls VI release date: not announced yet

There are a lot of rumours about Elder Scrolls VI: Hammerfall. For now we know the name of the game and there is an official trailer already. Fans all over the world have been waiting for ages for a new sequel after the release of the last one - Elder Scrolls V: Skyrim back in 2011. 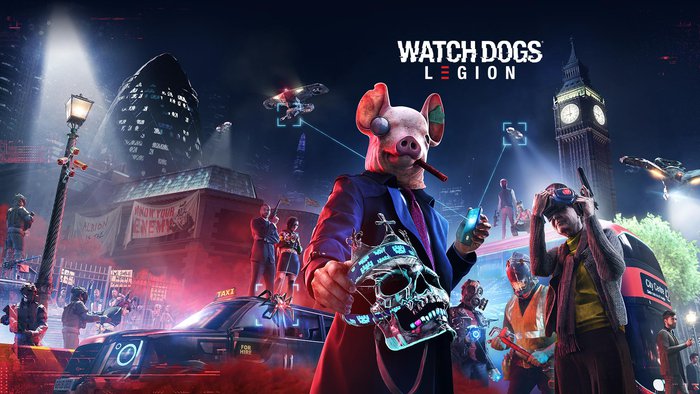 The game is fun and unique, no doubt about it. There’s the main story and there are side missions for gamers to complete. There are car chases and gun fights, and (listen to this!) you can change characters as the game progresses. Watch Dogs: Legion is super engaging and the graphics will take your breath. 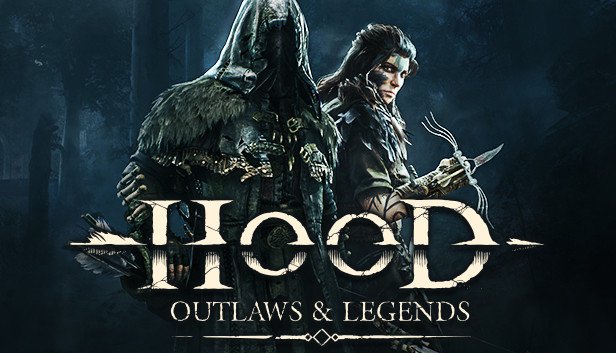 Gamers join a squad of outlaws in a battle against the wealthy. The setting is dark and creepy, not to mention the brutality of the action scenes. Bloodthirsty and violent, two teams of four players will make their way to the Hall of Fame. 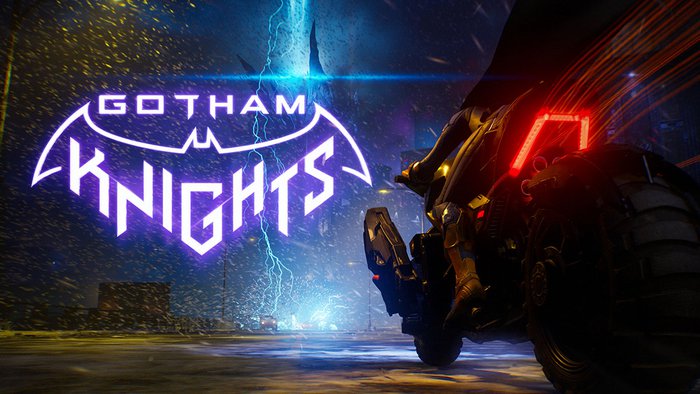 Join the Red Hood, Robin, Batgirl, and Nightwing for an adventure in our favorite Gotham City where crime lurks on every corner. Gamers take the place of the Dark Knight and fight against evil. 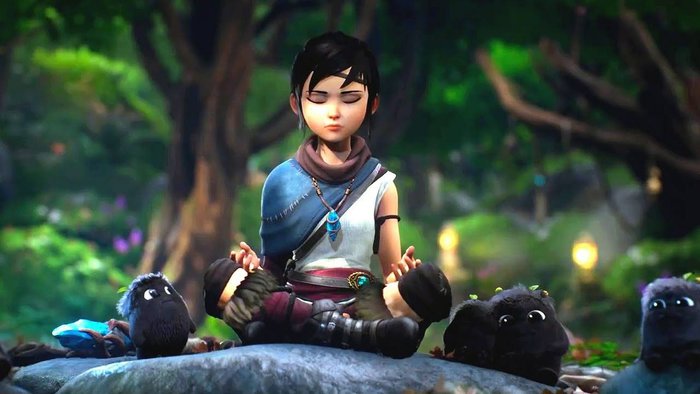 This is one of the most beautiful games on our list. Kena is a girl warrior and Spirit Guide, living in what looks like an enchanted forest with wonderful (and cute!) creatures. She makes sure the dead move on to the spirit world. Her magical abilities help her along the way. 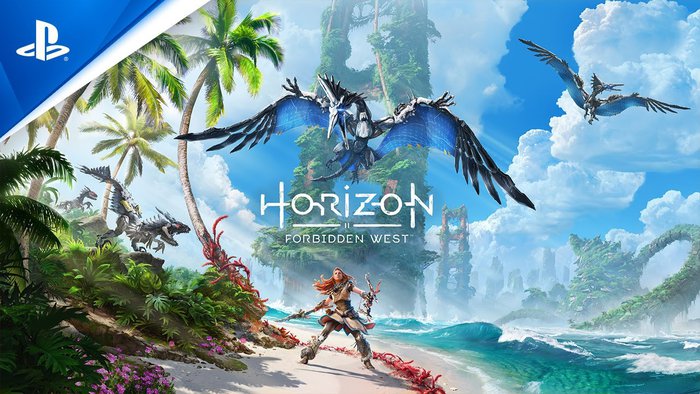 Another breathtakingly beautiful game on our list. The protagonist, Aloy, will have to save the world from further threats. The enemies are everywhere. This epic RPG will keep you coming back for more. 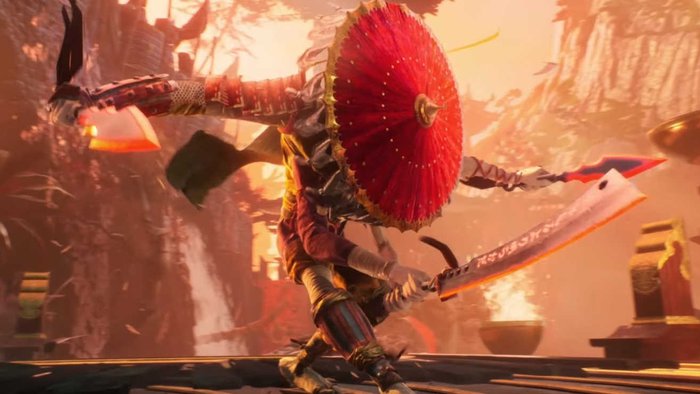 Samurais against Japanese creatures. What could be better? In a colorful world of heroes, the protagonist - Lo Wang, goes through the game gathering new weapons and gadgets and defeating the enemy. 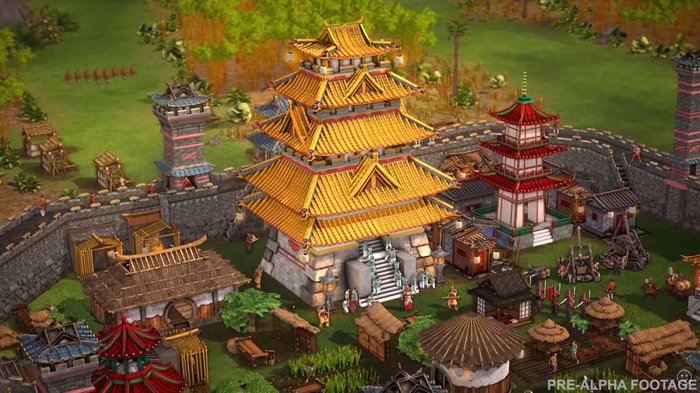 A strategic game with four nations fighting against each other - Japanese, Chinese, Vietnamese, and Mongolian. The gamer recruits new warlords, buys and sells goods, builds armies, and protects townsfolk. 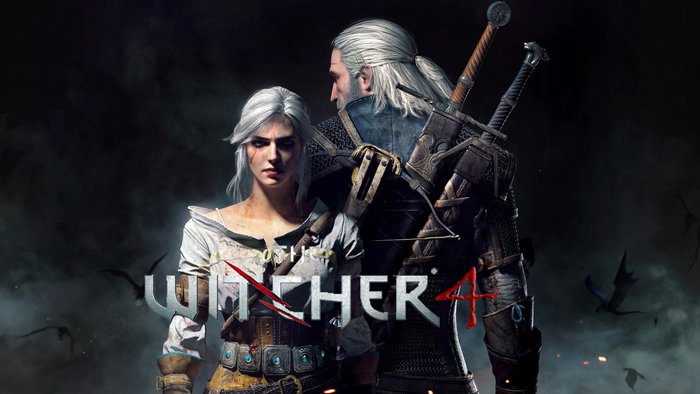 The Witcher 4 release date: not announced yet

After the immense success of The Witcher III: Wild Hunt, fans have been craving more action. We simply can’t get enough of Gerald of Rivia, can we? (The Netflix TV adaptation just made us wish for a Witcher 4 video game even more!) The official release date is not known yet since the developers are busy with launching Cyberpunk 2077. According to GamesRadar, we won’t see Gerald in a game anymore. 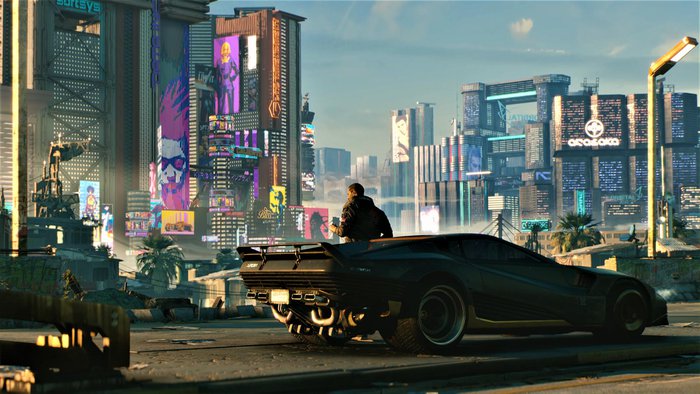 After the delay, the came out to be awesome but a bit disappointing to the fans because of the many bugs. The release for pS4 was so bad they even offered a full refund to disappointed gamers. This adventure story is set in Night City and every gamer enters the world as the character named V (you can customise, no worries). The awesome-looking futuristic environment will satisfy any gamer who wishes to dive in a land of ultramodern technology. 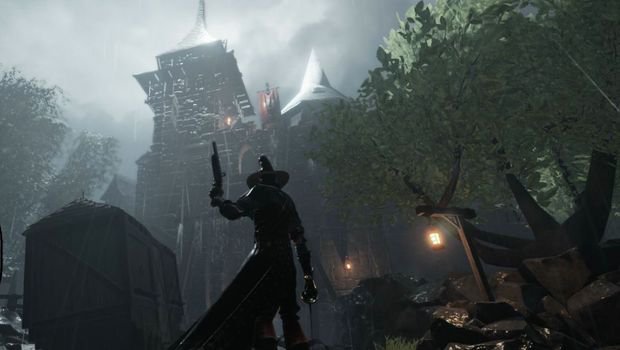 Set 40 years before the present moment, in an age of nuclear destruction, IGI Origins will have you run around deserted locations and fight for your survival. You enter as a male or female MI6 spy. Dive back in the past and save the day. 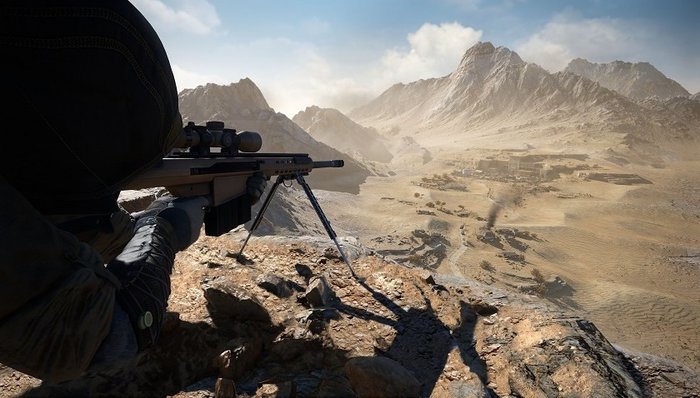 Challenge yourself as a sniper and try out some long-range shooting. You’ll face new enemies with better weapons and will try to shoot them from a really long distance. 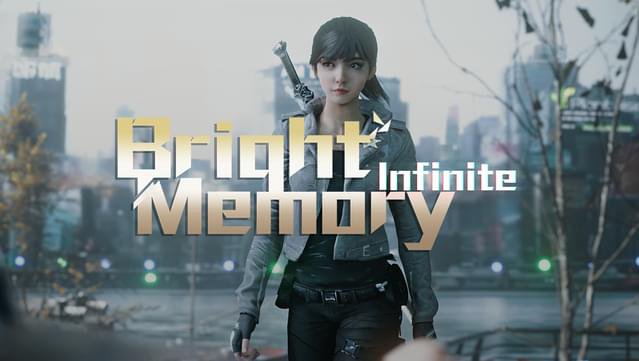 Setting: futuristic metropolis in the year 2036

The game was initially released in 2019, but the PS5 edition will come out in 2021. This mysterious game in a futuristic setting will have gamers dive into a world of supernatural organisations and develop a variety of skills in order to survive. 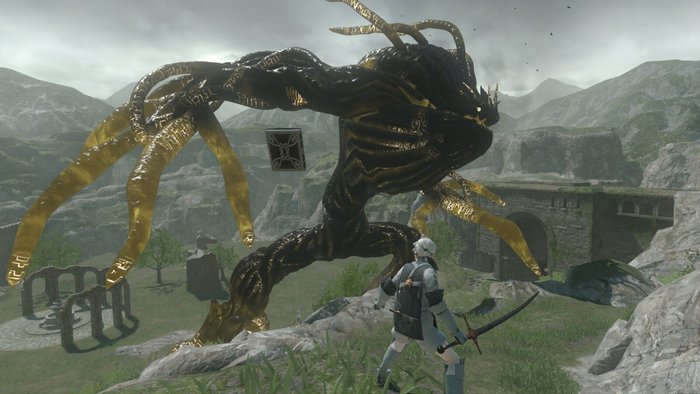 A boy wants to find a cure for his sister’s Black Scrawl disease. This game is a prequel to NeiR: Automata and focuses on the journey of Yonah’s brother to find the “Sealed verses”. 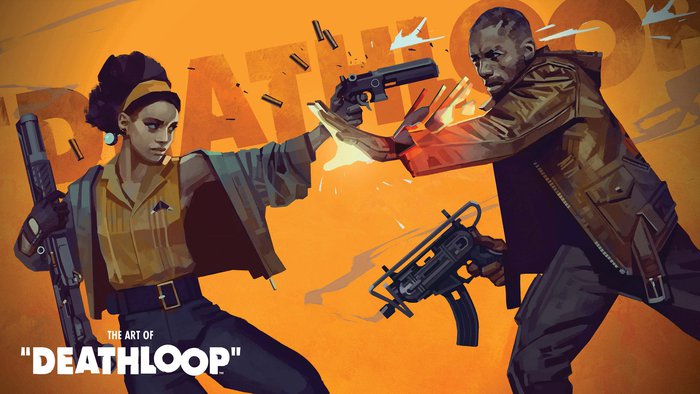 Setting: the island of Blackreef

The player enters the game as Colt who must save the island from the time loop it has entered. The island is a domain of two bloodthirsty assassins who must be stopped. The art of the game is inspired by the world renowned artist Saul Bass. You will immerse in a gorgeous-looking world that will seem so real you could almost feel that weapon in your hand. 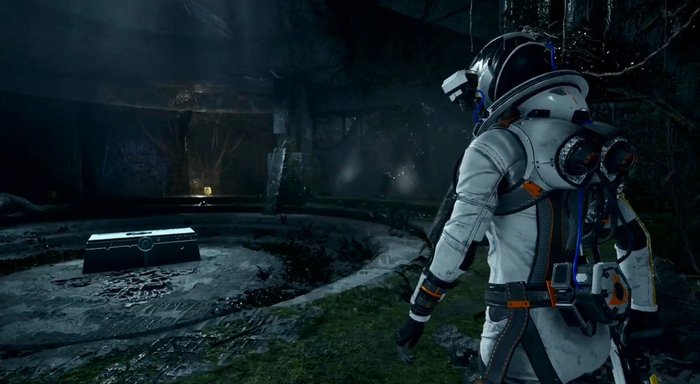 The protagonist is called Selene and she is a space pilot. Selene is stuck in a time loop like in Edge of Tomorrow - the moment she dies, her character is back where she started. She will have to face the alien enemies with her fancy high-tech weapons and live more every time.

Here we go, guys. Our list of the 33 most anticipated games of 2021 (as well as some late 2020 video game releases and those which got postponed for 2022) is here. We hope that you found some new awesome games you didn’t know about along the way.