The best Nintendo Switch LEGO games 2022 are perfect for families because they're challenging enough for adults, but still enjoyable for kids. Plus, the Nintendo Switch is a versatile portable console that can be played on the go or at home. Spend quality time with your friends and family with one of the LEGO Nintendo Switch games in 2022. It’s worth it!

If you’re interested in more LEGO content, check out our Reviews category. Now, with new Nintendo Switch games coming out every year, it’s difficult to keep track of the hottest topics. And when Nintendo Switch meets one of the best family franchises of all time - LEGO, we’re talking about a gaming phenomenon! Let’s get started:

It's hard to find something that everyone in the family will enjoy. However, the Nintendo Switch might be exactly what you need - it can be used as a home console as well as a portable device. With its sleek design and portable capabilities, you can take your gaming experience with you wherever you go. Plus, your library of LEGO games is sure to keep everyone entertained for hours on end. Let’s have a look at the best LEGO Nintendo Switch games 2022 and choose what’s right for you. Here we go: 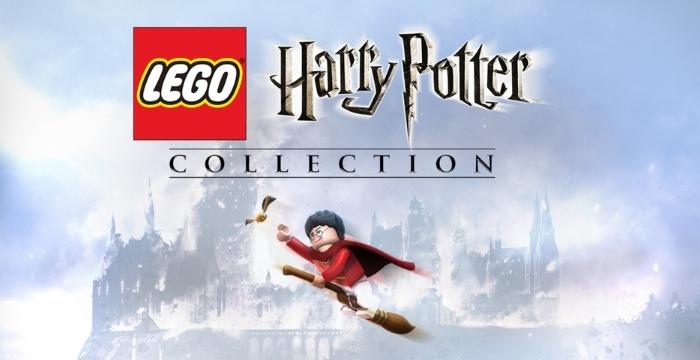 Harry Potter fans just can’t get enough of Harry Potter merch. And the best LEGO Harry Potter is a huge part of that. Thankfully, the LEGO Nintendo Switch games offer us the famous LEGO Harry Potter Collection in 2022. It’s a huge hit for the whole household. Join your favorite Harry Potter characters in a quest inside the Hogwarts castle - Harry, Ron, and Hermione are casting spells and fighting evil as usual. The game is immersive and true to the Harry Potter world we all love to revisit so much.

If you like playing LEGO games on other consoles, you're going to love this one on the Nintendo Switch. With new features and gameplay that take advantage of the unique capabilities of the portable console, this is a game you don't want to miss. Also, make sure to check out the best Harry Potter LEGO 2022 if you’re a fan of the series - all the new sets included on the list!

Not being able to game together as a family is one of the biggest issues families face in this day and age. The LEGO Harry Potter Collection Nintendo Switch is the perfect solution. This game allows players to join forces with friends and family in two-player local co-op mode or cast spells together in four-player online multiplayer mode. With hours of content to explore, this game is sure to keep everyone entertained and coming back for more. 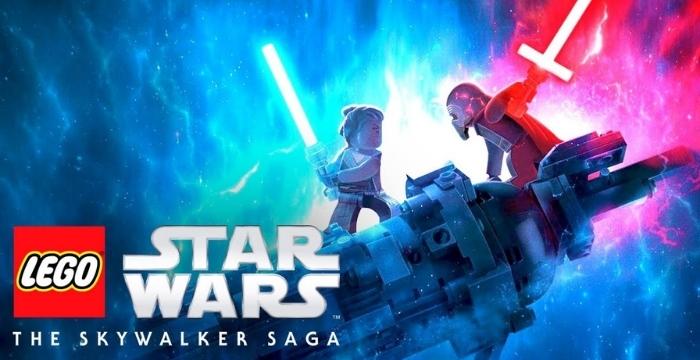 Do you love Star Wars? Do you love LEGOs? Do you love video games in general? If you answered yes to any or all of those questions, then this is the perfect product for you! The LEGO Star Wars, the Skywalker Saga Deluxe Edition is an action-adventure video game that allows players to experience all nine episodes of the Skywalker saga in one game. And if you’re buying a gamer’s gift for a friend or family member who’s a fan of the series and a Nintendo Switch owner, this is going to be the best gift ever!

This game is perfect for Star Wars fans of all ages. The LEGO Skywalker saga will be released in April 2022 and pre-orders are now available on Amazon. With over 40 characters from across the galaxy and 12 levels that are each based on a different movie episode, this Nintendo Switch LEGO game provides hours of family fun.

With LEGO Star Wars, the Skywalker Saga Deluxe Edition, you can experience all of the action and adventure from Episodes I-IX in one Star Wars game. Play through iconic scenes from each movie, complete puzzles and challenges, and battle against your friends in online multiplayer mode. Plus, you'll get tons of bonus content including characters, vehicles, and levels not found in the core game. Awesome! 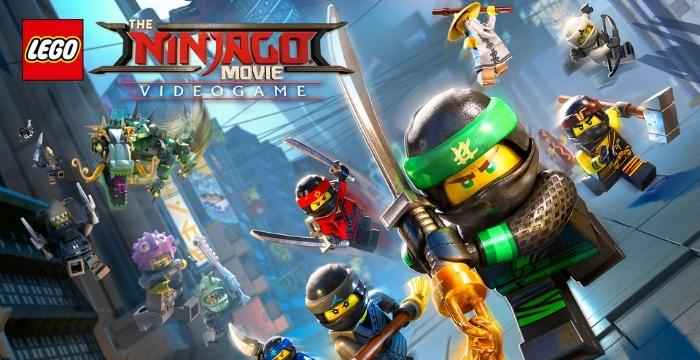 This game is perfect for players of all ages, so get ready to unleash your inner ninja! If you’re interested in more LEGO Ninjago content - check out the best LEGO castles 2022 and discover the new LEGO Ninjago sets to complete your collection today!

This LEGO Ninjago Game lets you take control of your favorite characters and explore the world of Ninjago. Master the art of Spinjitzu, battle against fierce enemies, and overall - enjoy the fast-paced fighting scenes. With its motion controls, the Nintendo Switch makes it easy to get into the game whether you're at home or on the go. And the amazing design will make it hard to let go for a long time. 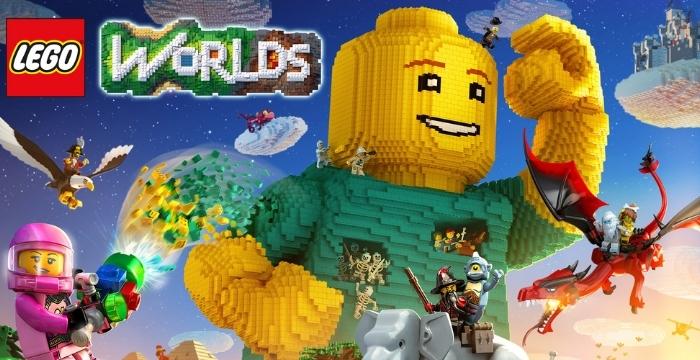 Embark on a creative adventure on LEGO Worlds! Building games are super popular in 2022. Other games in the same video game genre include Minecraft, Terraria, Starbound, and more. Check out the best games like Terraria 2022 if you need a refresher - they are awesome!

Now, with this Nintendo Switch game, you can explore a universe made entirely of LEGO bricks and pieces. So, build anything you can imagine and team up with your friends to create awe-inspiring constructions. We can say that LEGO Worlds for Nintendo Switch is one of the best games like Minecraft for a console in 2022. It has similar features: biomes, building, crafting, fighting monsters, a day and night cycle - a 3D sandbox worthy of the name.

With LEGO Worlds Switch, you can travel to different worlds populated by friendly LEGO characters (represented by cute LEGO minifigures of course), discover hidden treasures, and battle fierce creatures on your quest to become the ultimate builder.

From deserts to forests, volcanic islands to icy mountains, there's always something new to discover. You can even ride on dinosaurs and dragons! With so many possibilities, the only limit is your imagination. 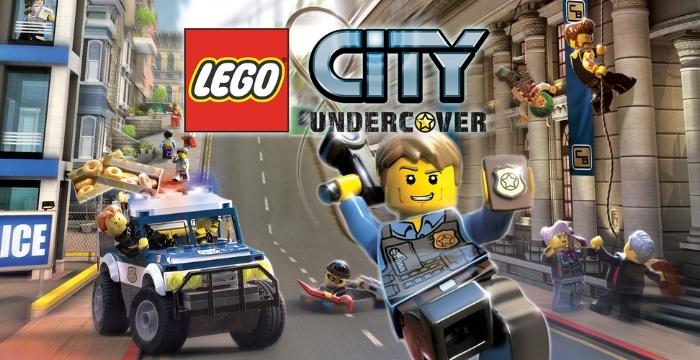 Nintendo Switch users can now enjoy the legendary LEGO game on their video game console and have a blast. Stop the crime wave in LEGO City and explore the large open world of one of the best LEGO games for Nintendo Switch 2022. Join Chase McCain in an action-packed adventure to save LEGO City from a crooked cop.

The game features amazing voice actors and a fun plot, the gameplay includes stealing cars and locking prisoners in jail. The LEGO City Undercover is so much more than a standard open-world console game. Players can always check out the map in the bottom left corner which looks great on the Switch. Two players can easily join the game and have enough space to explore the realm. Fighting is much more fun when you’re not playing alone and the portability of the Switch is always a huge plus when traveling with friends and family.

With awesome features like split-screen multiplayer mode and on-the-go gameplay, the LEGO City Undercover for Nintendo Switch is perfect for playing anytime, anywhere. So what are you waiting for? Get your copy today!

Seeing older games come to life on new consoles feels amazing! The story of the LEGO Jurassic World Nintendo Switch edition of the game follows movies 1-4 and of course, if you’re a fan of the Jurassic Park book by Michael Crichton, this version of the game is just what you’ve been looking for.

Now, the LEGO Jurassic World doesn’t feature a lot of combat scenes - players will mainly have to solve puzzles and escape vicious dinosaurs. The game offers a very cinematic experience though - players impersonate different characters as they explore different scenes from the movies. There’s enough chase scenes, side quests, and puzzles to solve so you can play for hours on end.

Play as your favorite Jurassic World characters and explore Isla Nublar and Isla Sorna. With more than 20 different playable dinosaurs, including the mighty T-Rex. Soar through the sky in a Pteranodon, or battle other dinosaurs in an epic showdown. The possibilities are endless with the LEGO Jurassic World Nintendo Switch game! 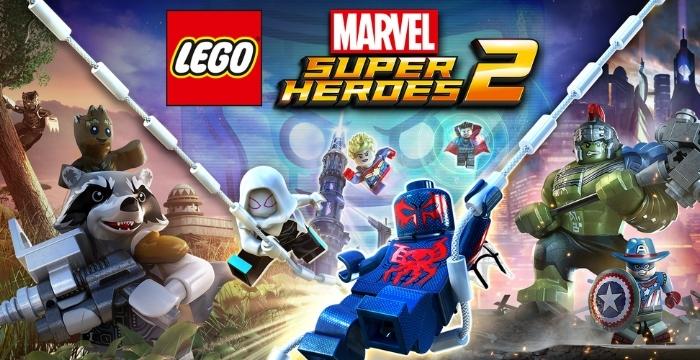 Get superpowers and build your own heroic story with the LEGO Marvel Superheroes 2 Nintendo Switch game. This awesome adventure lets you blast baddies, fly through the sky, and more with your favorite Marvel characters from the Marvel universe.

When LEGO console games come together with a Marvel adventure - we’ve got a winner! In this giant open-world, LEGO Marvel game players get to enjoy the awesome cast of characters, lots of combat, and incredible graphics. From solving light puzzles to fighting bosses, this LEGO Marvel Nintendo Switch game has it all.

With a variety of worlds to explore and secrets to uncover, this is the ultimate game for superheroes everywhere. With the ability to switch between characters at any time, players of the LEGO Marvel Superheroes 2 are in control of their own destiny. Awesome! 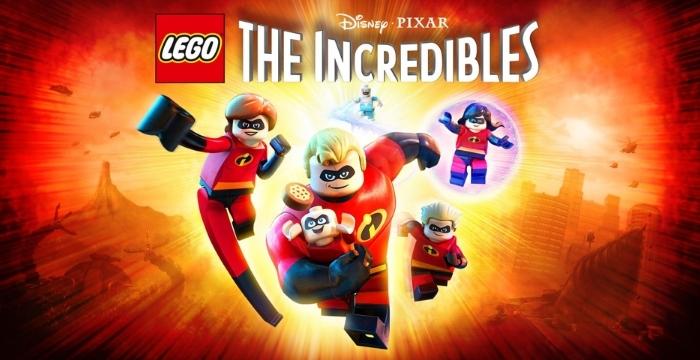 Enter the world of the popular movie The Incredibles from your Nintendo Switch console and have a blast! With a low level of difficulty, this Nintendo Switch LEGO game is recommended for kids. So if you’re looking for something more adventurous and complicated - try LEGO Worlds or LEGO City Undercover.

The LEGO Disney Pixar The Incredibles for Nintendo Switch features light combat, characters with different abilities to choose from, and you get to destroy some LEGO bricks in order to solve a puzzle and get to the next level.

The new LEGO Disney Pixar The Incredible Nintendo Switch is perfect for young creative gamers. It also makes a cool gift for young gamers! This beautifully designed game comes with a built-in dock, two Joy-Con controllers, and a game cartridge. With its motion controls and HD rumble, you'll feel like you're really in the game. Whether you're playing by yourself or with friends, this console game has something for everyone.

Which are the best LEGO games Nintendo Switch 2022?

The best Nintendo Switch LEGO games are fun for the whole family. They are creative, beautifully designed, and offer an immersive gaming experience. The LEGO games for Nintendo Switch are mostly based on a popular movie or LEGO franchises so if you’re a fan of any of them (e.g. Harry Potter, Star Wars, Marvel universe, LEGO City, etc.) you can skip the guessing part and go with your favorite one.

If you’re looking for more action and adventure - try the LEGO City Undercover or LEGO Star Wars. Or maybe you prefer a Nintendo Switch game that focuses on building - then LEGO Worlds is for you (it’s a game like Minecraft, so you can’t go wrong). And of course, if you’re into some gorgeous but dangerous dinosaurs - then you just need to choose the LEGO Jurassic World for Nintendo Switch.