How many people play ELDEN RING in 2022? The third-person action role-playing game came out in February 2022 and quickly made the top 10 list of Steam by number of concurrent players. What is the latest Elden Ring player count 2022 and is Elden Ring dead already? Today, we’ll find out!

Elden Ring was one of the most anticipated video games 2022 and it took the world of gaming by storm. In March 2022, Elden Ring entered the Steam Top Records as one of the 10 Steam games by number of concurrent players. However, as of August 2022, the game has lost its popularity and is now ranking #27 on Steam.

After a grand opening, the game has started to lose its audience pretty quickly. Elden Ring ranks #45 on Steam in August 2022 while it used to be on the Steam top 5 after its launch in February 2022. In March, there were an average of 177,000 viewers of Elden Ring gameplay on Twitch - a number which dropped to an average of 8,000 people in July 2022.

The Elden Ring Twitch viewership has dropped dramatically after the Elden Ring craze in February and March 2022. In March 2022, people watched 129 million hours of Elden Ring gameplay on Twitch. The viewership then amounted to 177,000 people. In May 2022, this number dropped to 25,500 people.

According to the source, Elden Ring was a bigger hit than games other than FIFA and Call of Duty in H1 2022. The last game that could boast of such a success was Red Dead Redemption 2 back in 2018. The biggest part of the Elden Ring audience, 41% - plays the game on PlayStation 4 and 5. Then comes Xbox with almost 30% of the audience and another 30% play Elden Ring on PC (Steam). 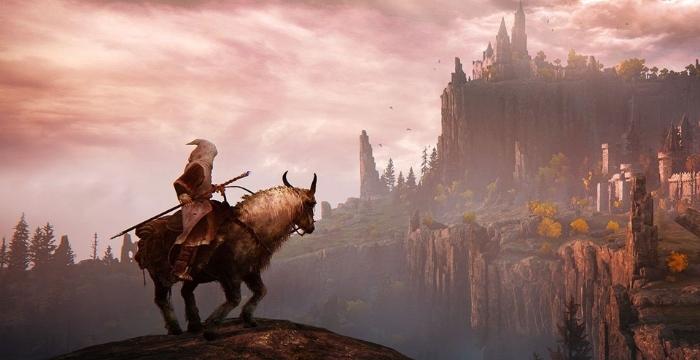 Elden Ring sold 13.4 million copies two months after its release in February 2022. In March 2022, more than 177,000 people watched Elden Ring gameplay on Twitch and a peak of 952,000 people played the game on PC (Steam) alone. However, there has been a significant drop in interest in the game due mostly to its being mostly a single-player. In August 2022, an average of 37,000 people play Elden Ring concurrently on Steam, and the game ranks #45 on Twitch.

How many people play ELDEN RING?

The level of success of the game became clear when it outperformed games like Cyberpunk 2077 and Assassin’s Creed Valhalla in the first couple of months after the Elden Ring's official release. In August 2022, an average of 37,000 people play Elden Ring on Steam. Most Elden Ring players enjoy the game on PlayStation 4 and 5.

7. As of August 2022, the all-time peak of Elden Ring concurrent players on Steam is close to 1 million.

Elden Ring was THE game of Q1 2022. In March 2022, Elden Ring was the leading game on Twitch by number of hours watched. It was launched on February 25, 2022, when almost 1 million people watched Elden Ring gameplay on the video game streaming platform which was the all-time peak of Elden Ring Twitch viewers so far.

9. As of August 2022, Elden Ring is the 5th game by number of concurrent players on Steam. 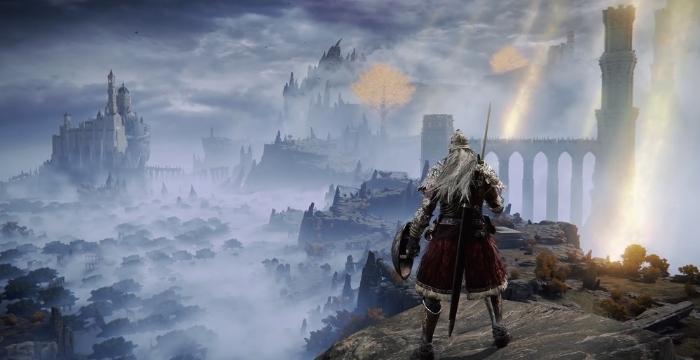 The game is a super challenging open-world action RPG with lore created by the fantasy writer George R.R. Martin - the creator of Game of Thrones. Why was he the one chosen instead of writers like Brandon Sanderson for example? The Elden Ring director, Hidetaka Miyazaki turned out to be a fan of Martin’s works and decided to work with him on the setting of the game.

Unfortunately, the game’s popularity was short-lived because it lost around 90% of its audience on PC after the first three months. The mostly single-player action RPG grabbed the attention of the masses and sold 13.4 million copies in three months but its glory somehow followed the steps of the Viking game Valheim which also broke some Steam records but the craze didn’t last long. According to the latest Valheim player count, the game sold 2 million copies in two weeks but it didn’t keep its large audience for long.

If you’re into action role-playing games and are looking for some games like Elden Ring in 2022 - here’s a list of the best ones you can wish for.

This legendary action RPG came out in 2011 and took the world of gaming by storm. In 2016, the game became available on Steam and 70,000 people played Elder Scrolls 5 in the first month. The fifth installment of the Elder Scrolls series became wildly popular because of its breathtaking graphics, amazing soundtrack, and stunning epic fantasy lore. Around 25,000 people play the game concurrently on PC every day. The Elder Scrolls 5: Skyrim is available on PlayStation 3,4, and 5, Xbox 360, One, and Series X|S, PC (Steam), as well as on Nintendo Switch.

Back in 2019, gamers all over the world got to play yet another awesome samurai video game - Sekiro: Shadows Die Twice. It was published by Activision and directed by Hidetaka Miyazaki - the director of Elden Ring. The game is available on PlayStation 4, PC Windows (Steam), Xbox One, and Google Stadia. Sekiro: Shadows Die Twice is a game about a Japanese mercenary who seeks revenge against a samurai. A must-play!

If you’re a fan of the Witcher book series or the Netflix TV show featuring Henry Cavill, then you simply must try the best Witcher game so far - The Witcher 3: Wind Hunt. Gamers all over the world love this game for its atmosphere, graphics, and awesome gameplay. Geralt of Rivia has sworn to protect the realm against evil monsters from the Witcher lore. Explore this awesome game like Elden Ring and discover the best game in The Witcher franchise.

This is another game from the director of Elden Ring and Sekiro: Shadows Die Twice. The first action RPG Dark Souls came out in 2011 and in 2018 we welcomed the remastered version in 2018. The game is available on PlayStation 4 and Xbox One, as well as on Nintendo Switch. If you’re a fan of dark fantasy - this game like Elden Ring is just for you. Join the adventure today!

This is the most financially successful installment of the 12 games in the Assassin’s Creed franchise. It was released in November 2020 and in 2022 Ubisoft announced that it has generated more than $1 billion in revenue. As long as Viking games are concerned, Assassin’s Creed is definitely a must-play! Join the Vikings in their quest against the Anglo-Saxons and spend hundreds of hours in a gameplay of a lifetime.