What is the latest Valorant player count 2022? Is Valorant dead? The free-to-play first-person hero shooter Valorant came out in 2020 and it quickly became a CS:GO alternative. Check out the latest CS:GO player count 2022 if you’re curious! How many people play Valorant in 2022? Today, we’ll find out.

Check out our Gaming category if you’re interested in the latest video gaming statistics 2022. Now, ​​Valorant is the next big thing in competitive gaming. With sleek graphics and intense action, it's easy to see why so many people are drawn to this fast-paced experience. Whether you're a seasoned player or new to the scene, Valorant has something for everyone. Let’s get a closer look at the latest Valorant player count and see what all the hype is about!

Valorant was developed and published by Riot Games in 2020. The video game developers gave us League of Legends (2009) and the mobile version Wild Rift (2020). Check out the latest League of Legends player count 2022 - the numbers are staggering! Now, back to Valorant. Regardless of the fact that the game is only available on PC in 2022, the Valorant player count is more than astonishing. Have a look:

Valorant is one of the five most popular games on Twitch in 2022. People watch more than 20 million hours of Valorant gameplay on the live streaming platform and in October 2022, Valorant ranks #4 on Twitch after Just Chatting, League of Legends, and FIFA 23 with an average of 176,000 concurrent Valorant viewers on Twitch.

3. In May 2021, people watched 100 million hours of Valorant gameplay on Twitch.

Valorant has been on Twitch since March 2020 and in that period millions of people watched millions of hours of Valorant gameplay on the platform. As of October 2022, the record for most hours of gameplay watched on Twitch is from May 2021. (This is valid after the official release. During the beta version, the numbers were higher.) Valorant’s biggest moments usually happen around world championships and there were plenty of Valorant esports events in 2021 to keep the audience entertained on Twitch.

In June 2021, Valorant hit the 14 million mark of monthly active PC players. With half a billion games played in the first year after the Valorant release in 2020, the game is quickly becoming one of the most popular FPS games of all time. One thing is for sure - when Riot Games finally releases the game on other platforms, its success among the gaming community will be even greater.

The US is one of the biggest gaming communities in the world. So, the Valorant popularity seems to be greatest there as well - more than 22% of the Valorant population comes from the US. Another 6.72% come from Brazil, 6.22% - from Turkey, 5.73% - from the Philippines, and 4% - from Indonesia. 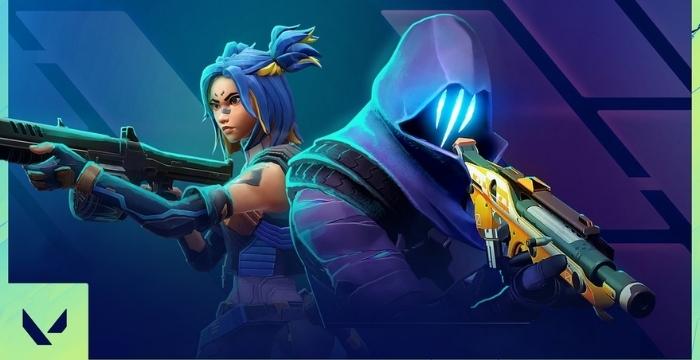 How many people play Valorant?

With an average player count of 13 million monthly active players, Valorant is easily one of the most popular first-person shooters in 2022. The daily Valorant active players are between 700,000 and 900,000.

How popular is Valorant? Let’s have a look:

6. During a closed beta in 2020, Valorant had more than 3 million active players.

The closed Valorant beta started on April 7, 2020, and it quickly became a sensational event in the gaming community. According to the Valorant player count, more than 3 million people took a closer look at the new FPS game before the official release on June 2, 2020. In April 2020, Twitch viewers watched the incredible 348 million hours of Valorant gameplay during the beta.

8. As of February 2022, almost $9 million were awarded to competitors in Valorant tournaments.

9. In 2020, Valorant was nominated for a Best Multiplayer Game at The Game Awards.

During the years after the official Valorant release in 2020, the game has been nominated for a BAFTA Award (2021), NAVGTR Award (2021), and for an Esports Game of the Year by The Game Awards in 2021. And of course, one of the most notable achievements was the 2020 nomination for a Best Multiplayer Game at The Game Awards. The award was won by Among Us.

Many popular FPS shooters offer a mobile version for their audience - PUBG mobile (and the new version: PUBG New State), Call of Duty mobile, Hitman Sniper, Final Fantasy 7 The First Soldier. The list goes on. Gamers were waiting for years for a League of Legends mobile and in Q4 2020, Riot Games (the game developers of Valorant) finally gave us League of Legends: Wild Rift which quickly became one of the best mobile MOBAs ever.

Are we going to see Valorant mobile in 2022? Valorant is massively successful but Riot Games (or more specifically Riot Mobile) still hasn’t made an announcement regarding a mobile version of Valorant. However, players now have the opportunity to download the Riot Mobile app which is the official companion app for Riot Games and stay connected with other players of Riot games (Valorant, League of Legends, Wild Rift, Teamfight Tactics, Legends of Runeterra), events, new content, major updates, and new titles. 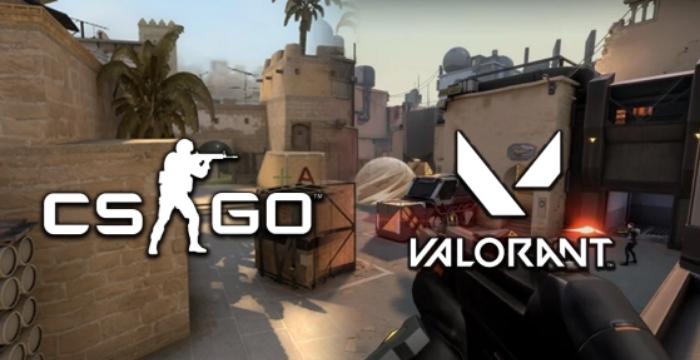 Is Valorant a better option than CS:GO? Both games are incredibly popular and offer unique experiences.  Valorant has often been compared to CS:GO, but there are some key differences. For example, in Valorant, you can shoot through walls, and the recoil system is more realistic. Many gamers are asking themselves which of the two games are worth their time in 2022, so we decided to compare Valorant vs CS:GO to see which one comes out on top.

CS:GO has been around for a while now, and a lot of people seem to love it. But there are some issues with the game that have started to become more and more apparent over time. Switching to Valorant looks like the solution for all of them. It features better graphics, faster gameplay, and of course - fewer cheaters.

Well, that depends on what you're looking for in a game. If you wish for an intense and competitive experience, then CS:GO is the obvious choice. But if you're looking for something new and exciting, Valorant is the perfect game for you. With its unique gameplay mechanics and beautiful graphics, Valorant offers an experience that can't be found in any other FPS game.

In terms of player count, the winner in CS:GO - with a total of more than 20 million monthly active players, the game still ranks #1 on Steam by number of concurrent players. In 2022, between 740,000 and 840,000 people play Valorant concurrently which is actually not that far from the latest CS:GO player count.

When it comes to differences in gameplay, Valorant features smaller maps than CS:GO but a Valorant game consists of 24 rounds of intense gameplay where winning as many as 13 rounds wins the game. A competitive mode CS:GO game includes 30 rounds and 16 rounds wins the game. And in terms of similarities, both games feature a highly tactical gameplay with awesome weapons, and intuitive first-person shooter experience.

The VALORANT Champions 2022 event started on August 31 and ended in September 18, 2022. The overall prize pool for this event amounted to $1 million and was spread among the four winners. The Brazilian multi-gaming organisation LOUD snatched the first prize of $300,000 this year. Second came the American esports team Optic Gaming - $150,000. The bronze medal was awarded to the Korean Valorant team DRX - $110,000. And last but not least - the Chinese team FunPlus Phoenix went home with $80,000.

Valorant is one of the most exciting new games to hit the market in recent years. From its adrenaline-pumping action to its stunning graphics, this title is sure to keep you entertained for hours on end. So, regardless if you’re in for the win or you just want to witness the success of others on the Valorant Twitch - put on your gaming gloves and prepare for some serious competition.

If you’re a Valorant fan and wish for another game in the same video game genre, then here’s a list of the best games like Valorant in 2022. Some of them are old-but-gold kind of video games, other have not received much fame and glory but they have the potential to become your next favorite games in the genre.

Whether you're a seasoned gamer or just looking for a new pastime, Valorant is sure to offer hours of excitement. With stunning graphics and easy-to-learn controls, Valorant is perfect for any gaming enthusiast. Let’s have a look: 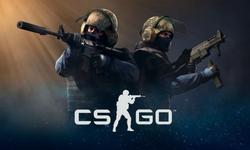 Players all over the world claim that Valorant is a blend between CS:GO and Overwatch (with a slight edge of CS:GO of course). However, when we talk about games like Valorant there’s no way we don’t start with the most popular game on Steam in 2022 - CS:GO. The free-to-play shooter is already ten years old and one of the most beloved multiplayer games in the gaming community. 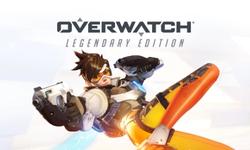 According to the latest Overwatch player count, the game is still one of the most popular team-based shooters in 2022. The game came out in 2016 and Blizzard Entertainment took the gaming world by storm once again. If you’re looking for a more futuristic experience in a shooter game, then Overwatch is definitely the place to go - the game features amazing graphics, awesome Overwatch heroes, and a fast-paced gameplay. And with Overwatch 2 just around the corner, make sure to check out the best Overwatch gifts 2022. 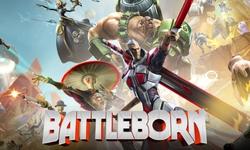 The space fantasy setting of Battleborn will have you play for hours. The game came out in 2016 and it’s available on PC, PlayStation 4, and Xbox One. Battleborn combines RPG elements with a MOBA influence which is actually awesome. In terms of player base, the game can’t compete with Valorant or CS:GO but still, thousands of people play Battleborn on PS4.

How many people play Valorant in 2022? The latest Valorant player count 2022 proves that the game is one of the most popular FPS games this year. The interest in Valorant has never been higher. In October 2022, between 720,000 and 890,000 people play the game concurrently every day.

Is Valorant dead in 2022? With around 13 million monthly active users in 2022, Valorant is a favorite shooter game in the global gaming community. Check out our list of games like Valorant if you’re looking for something new and exciting in the same genre.