How many people play Hearthstone in 2022? From the video game company that gave us Overwatch, Diablo, and World of Warcraft - Blizzard, we got the one and only Hearthstone. 👑 (Did you know that more than 800,000 people play Overwatch daily in 2022? Yep!) The question is what is the Hearthstone player count 2022? The number of Hearthstone active players is quite astonishing for a card game.

Is Hearthstone dead in 2022? We here at TechACake.com decided to investigate and the numbers nurned out to be quite staggering. Is Hearthstone more popular than ever before in 2022? We’ll cover the most important Hearthstone statistics so you’ll have the whole picture. Let’s dig in:

Hearthstone is a free-to-play online digital collectable card game. It came out in 2014 and was developed and published by Blizzard Entertainment. The game was originally named Hearthstone: Heroes of Warcraft so it's obvious that it belongs to the Warcraft series. Hearthstone is currently available on PC, macOS, and mobile.

Before Hearthstone came out, Magic: The Gathering was the most popular fantasy card game. Keep reading and find out more games like Hearthstone to play in 2022. Now, let’s get to the question:

How many active players does Hearthstone have in 202?

The source calculates the amount of players worldwide by the Ghost Network Protocol technology. Our team spent a week monitoring the activity at different times of the day and came to the conclusion that between 130,00 and 260,000 people play Hearthstone concurrently in October 2022.

The number of Hearthstone monthly active players is keeping a steady pace in Q3 2022. However, in 2020, the number of active Hearthstone players saw an all-time low which is curious due to the fact that during the coronavirus pandemic lockdown most video games saw a major increase of interest.

The significant drop of Hearthstone Twitch viewers in 2020 was due to the fact that YouTube got the exclusive rights to stream Hearthstone eSports tournaments. Many video game enthusiasts turned out to be reluctant to switch to YouTube. As a result the Hearthstone eSports viewership dropped by 70% in comparison with 2019. However, Hearthstone is keeping its Twitch audience intersted - in October 2022, there's an average of 24,000 concurrent Hearthstone viewers on Twitch and the game entered the Twitch top 20 games. Only a few months ago, in June 2022, the game ranked #26 on the platform

4. In September 2022, people watched more than 17 million hours of Hearthstone gameplay on Twitch.

5. As of August 2021, Hearthstone is the 6th most popular game on Twitch based on all-time number of views.

The most popular is of course League of Legends. According to the latest League of Legends player count, there are a total of more than 52.6 billion all-time views of LoL gameplay on Twitch. Fortnite is the second most popular game on Twitch of all time (no surprises there as well) with 29.54 billion. (Check out the latest Fortnite player count 2022 - it's simply incredible!) Then we’re got GTA 5 - 27 billion, CS:GO - 23.57 billion, Dota 2 - 20.55 billion, and Hearthstone - 14.06 billion all-time Twitch views.

6. In 2022, most Hearthstone players come from the US and Russia. 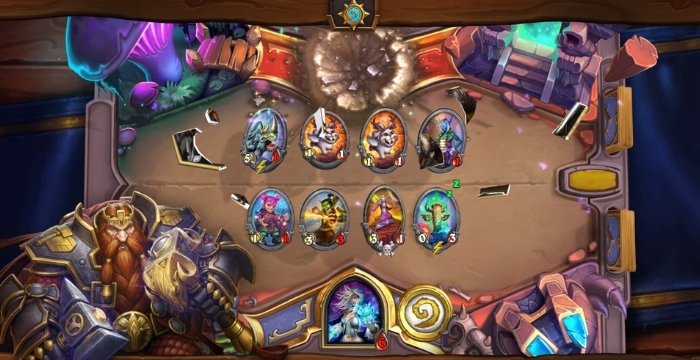 Now that we’ve seen how active the Hearthstone player base is in 2022, let’s have a look back in the history of the card game. We’ll answer some hot questions like: how many people played Hearthstone concurrently in 2021 and how many Hearthstone registered accounts are there? Let’s get started:

How many people play Hearthstone?

Less than a year ago, the number of active Hearthstone players reached 23.5 million. According to the source, players spent more than 669 million hours in Hearthstone Battlegrounds and they played 291 Hearthstone Arena matches in 2020.

9. In November 2018, there were 100 million Hearthstone registered accounts.

The digital card game genre is a billion dollar market. Four years after the release, Hearthstone already boasted 100 million registered users. The digital collectible card game is a favorite among fans of Blizzard’s Warcraft universe all over the world and reaching this milestone was one of the biggest video game news in 2018.

Here comes some additional information about the Hearthstone revenue, and platforms. The game might be free-to-play but players can make in-game purchases and what can be more desirable in a card game than paid stacks of cards. Fee-based features like this are the bread and butter for the video game industry. Let’s see how things are going with Hearthstone in that department:

Just four years after the Hearthstone release, the game had already generated a revenue of $660 million. According to the source, this number excludes the revenue from Android users in China (where iOS users alone had spent $161 million on in-game purchases).

Just a year after the release, the game was already earning some good money for Blizzard. The profit was evenly distributed between Hearthstone PC and mobile - $10 million each. In other words, the game has been hugely successful on any platform.

12. As of March 2021, Hearthstone is the 7th most popular eSports game in China.

Being on the list of top 10 most popular eSport in China is a big deal. The most popular game is still Dota 2 with 110 pro eSports teams in the country. Next comes Overwatch with 78, CS:GO with 49, Heroes of the Storm - 44, StarCraft 2 - 39, League of Legends - 37, and Hearthstone - with 14 professional eSports teams.

Now, let’s say a few words about the video game company behind Heartstone, shall we?

Blizzard Entertainment is one of the best-known video game developers and publishers in the world. The company was founded in February 1991 and is known for games like Overwatch, the Warcraft series, the Diablo series, Heroes of the Storm, StarCraft, and of course - Hearthstone. Their headquarters are located in California, US and the net worth of the company in 2021 was estimated at $73.25 billion.

The Warcraft series are without a doubt one of the best creations of Blizzard since the company came into existence. Hearthstone is a unique addition to the Warcraft series being the only one which doesn’t belong to the real-time strategy genre. And of course, Warcraft is one of the highest-grossing video game franchises in the world. 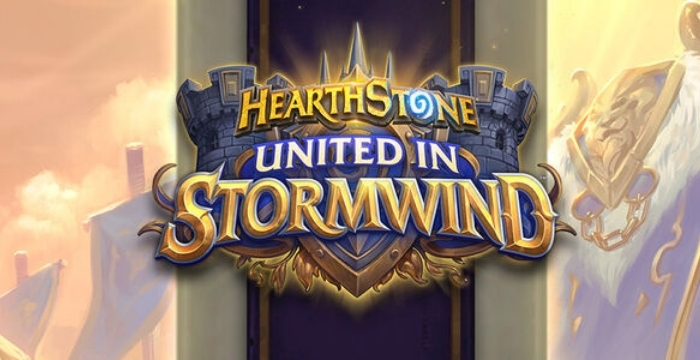 According to the Hearthstone expansion release date calendar, the last Hearthstone expansion took place on August 2, 2022. It’s a Standard expansion in the year of the Hydra called “Murder of Castle Nathria”. The great thing about adding new content to an old game is that it keeps the audience coming back for more action. Frequent content releases keep players engaged and loyal. Keep it up, Blizzard!

It’s true that the best card games on PC are hard to resist… As we saw from the latest Hearthstone player count 2022, millions of people still play the game seven years after the release. The Hearthstone community gathers round for tournaments or to watch their favorite Hearthstone streamers and the success of this easy-to-learn & hard-to-master card battle game is absolutely staggering.

If you’re browsing for card games on Steam, you will stumble upon some classics like Yu-Gi-Oh! Duel Links or UNO. Hearthstone is not on Steam of course. Neither are some of the best games like Hearthstone in 2022. Our top picks today are just what you’ve been waiting for:

The MTG Arena is a free-to-play digital fantasy card game developed and published by Wizards of the Coast. The game is currently available on PC, macOS, and mobile devices. The rules of the digital game are the same as the physical one - the MTG Arena is one of the best games like Hearthstone in 2022 for a reason. Players collect cards and improve their decks, use mana, and cast spells. The original card game was released in 1993 and in almost 30 years there have been billions of physical cards produced and millions of people still play the game in 2022. Well, now you can enjoy the digital version of MTG and keep playing your favorite card game online.

This online fantasy card game is based on the mega successful video game The Witcher III: WIld Hunt. This online fantasy card game was officially released in 2018, and is available on PC, PlayStation 4, Xbox One, and on mobile devices. After the huge success of Witcher III, fans were anxious for more action from the fantasy universe. The card game features cards with multiple special abilities, a gameplay of three rounds, and a cool reward system. (Check out the Witcher Fandom page on the game for more information.)

This rpg card battle game takes place in the world of Warhammer 40,000. Each card is based on a character from the Games Workshop’s Warhammer 40,000 and is unique in terms of abilities. Building the better card deck and combating your opponents in a PvP mode is quite the immersive experience with Warhammer Combat Cards of which the grim dark world of the game has much to contribute.

Today we recommended some of the best games like Hearthstone in 2022 - regardless of which one you choose to play (or all of them) you will definitely have a great gaming experience.