Is Overwatch dead in 2022? What is the latest Overwatch player count 2022? The shooter game became a sensation immediately after the Overwatch release in 2016. The team-based multiplayer first-person hero shooter video game might be one of the most beloved franchises for gamers all over the world. Check out our collection of the best Overwatch gifts for fans in 2021. Are gamers looking forward to Overwatch 2? How many people play Overwatch in 2022? Today, we'll find out!

Visit our Gaming category and discover the latest player count of some of the most popular games in 2022. Today, we’ll have a look at the latest Overwatch player count 2022 as well as some stats from the recent years so you have the full picture. At the end, we’ll compare Valorant vs Overwatch, we’ll share everything that we know about the highly anticipated Overwatch 2, and we’ll recommend four games like Overwatch 2022. Does that sound like a good plan? Excellent! Let’s get started:

We decided to include this piece of news early on because it’s so awesome! The biggest global Overwatch tournament is the Overwatch League. In 2020, most esports tournaments were held remotely because of the global pandemic and in 2021 things slowly started to get back to normal. In 2022, we're looking forward to some early Overwatch 2 content so there's a lot anticipation in that department as well. 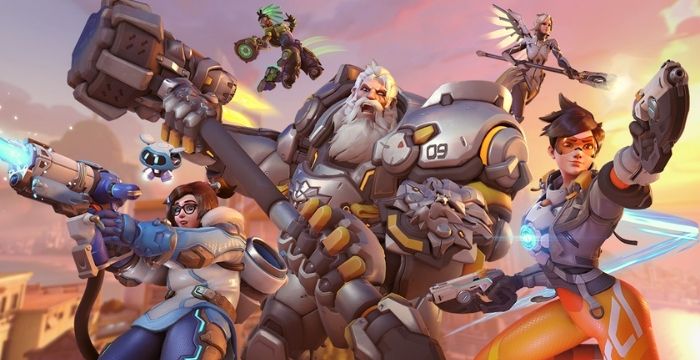 No. In February 2022, between 650,000 and 800,000 people play Overwatch concurrently across all devices every day. The game ranks on the Twitch 50 most popular games marking a slight drop of interest in comparison to 2017 and 2019. But still, people watch around 9 million hours of Overwatch gameplay on Twitch every month in 2022.

How many people play Overwatch?

The Overwatch player base 2022 is between 650,000 and 800,000 daily concurrent players across all devices. With an average number of 12,000 concurrent viewers on Twitch in February 2022, the game is definitely among the most popular shooter games this year.

In Q1 2020, more than 50 million people had already played Overwatch worldwide. At that time, Blizzard Entertainment had already started working on the next installment of the game - Overwatch 2, but they were affected by the coronavirus pandemic and the development was delayed. The frequency of releasing Overwatch updates also slowed down in recent months because of the global lockdown.

The peak number of Overwatch players in the last two years came in August 2019 when people watched 35 million hours of Overwatch gameplay on Twitch. What happened then? Well, Overwatch Season 17 was just ending and there were several Overwatch retail patch notes published at that time. However, after that peak the Overwatch viewer count dropped significantly after that.

The number of Overwatch concurrent players was on the rise for several years. The game was initially released on May 3, 2016 and it attracted around 7 million players in a week. We can compare it with another giant from the video game industry - GTA 5, which made the amazing $1 billion in sales in the first three days after the release.

Now, let’s have a moment to look at the money Overwatch has made after the release. How much money do Overwatch professional esports players win on tournaments and how well are the creators of the franchise doing financially nowadays? Let’s get started:

9. San Francisco Shock was the winning team of the Overwatch League Grand Finals 2020.

The Overwatch League Grand Finals 2020 took place on October 10, 2020. The final game in the 2020 Overwatch League playoffs was between the teams San Francisco Shock and Seoul Dynasty. The winning team received $1.15 million from the total $2.25 million prize pool for this Overwatch tournament.

10. Overwatch made $1 billion in the first year after the release.

The game has been critically and financially successful from the start. The Overwatch development budget is rumored to have been around $600 million and every year players spend around $1 billion for in-game purchases. So, a project which was believed to be unsuccessful before the launch turned out to be one of the greatest achievements in the video game industry of the decade.

The yearly revenue of Activision Blizzard for 2020 amounted to the staggering $1.9 billion. This included the combined revenue from the popular video game franchises World of Warcraft, Diablo, and Overwatch.

According to the 2020 global esports market report, Overwatch has one of the highest tournament prize pools in the video game industry. The game is among the top 10 video games with the biggest prizes and fanbases. And if $5 millions sounds a lot to you, how about Dota 2? The cumulative prize pool for Dota 2 tournaments in 2020 amounted to the staggering $35 million.

It turns out that Overwatch is so irresistible that the majority of the fanbase wants in. According to the 2019 Overwatch stats, less than 15% of the total fanbase are viewers only. And the percentage of people who play and view Overwatch gameplay was 32% back in 2019.

Overwatch used to be at the top of the charts from the release until a couple of years back. In 2022, the Overwatch players count is still impressive but not at all what it used to be. Did you know that in May 2016, two of the most popular games by Blizzard - Hearthstone and Overwatch, used to be in the top 5 video games for PC in the world. The chart was based on the number of unique game sessions in North America and Europe. (Check out the latest Hearthstone player count 2022 if you're curious!) The other three games in the top 5 at the time were League of Legends, Minecraft, and CS:GO.

The large roster of characters of Overwatch has raised many debates over the years. When the game was initially released back in 2016, the number of Overwatch heroes used to be 21. Each year after that, the developers included 2-3 new heroes but there hasn’t been a new one since early 2020. The latest Overwatch hero added to the game is Echo - the beautiful multirole adaptive robot joined the list of Overwatch heroes in April 2020. 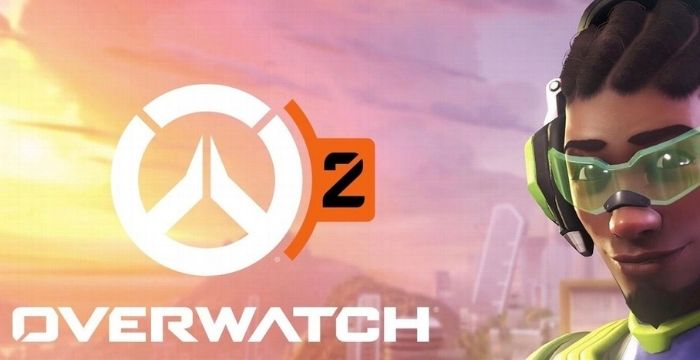 The game is expected to be released in 2023. The sequel to Overwatch, Overwatch 2 used to be one of the most anticipated video games of 2021. However, due to the coronavirus pandemic and the lockdown the Overwatch 2 release date was postponed for 2023. Overwatch 2 is probably going to be focused on story missions like the first installment and we expect to see new heroes and story lines. What we do know is that Overwatch 2 is still early in development and the release date has not been announced yet. (Fans are starting to wonder if the game is ever going to be released… On the other hand - Diablo 4 is also not happening in 2021. Sadness!)

Valorant vs Overwatch vs CS:GO 2022

As you may know, we love comparing games on our website. We did TF2 vs Overwatch, Destiny 2 vs Warframe, GTA 5 vs Watch Dogs, Apex Legends vs Fortnite, Paladins vs Overwatch, and a battle royale comparison between Realm Royale vs Fortnite. (For the first time though, we’ll have three games compete against each other - what are the differences and similarities between the three contestants?)

As you can see, Overwatch is commonly compared to other video games and there’s a reason for that. The game is so popular people want to discover other games like Overwatch in 2021. Is Valorant one of them? Read on and find out.

As usual, we start with the basics: video game genre, platform, and price. According to the latest Valorant player count 2022, Valorant is one of the best free PC games in 2021 created by the developers of League of Legends - Riot Games. Not unlike Overwatch, it’s not available on Steam. You can play Valorant on Microsoft Windows only. Now, Overwatch on the other hand is still pay-to-play (and the standard edition costs around $20).

In terms of visual effects, we need to give a slight edge to Overwatch which features really unique graphics. CS:GO on the other hand features more outdated graphics but that’s not keeping people away at the least. (Valorant is somewhere in the middle between Overwatch and CS:GO in terms of graphics.)

In terms of gameplay, Valorant is heavily inspired by CS:GO - you enter the game and you plant a bomb, the objective being of course to defeat the other team. The weapons in CS:GO are real-life assault rifles, shotguns, etc. In Valorant the weapons are supposed to be fictional but they do resemble those in CS:GO a lot (a.k.a. real-life weapons).

All right then. Now that we know what is different and similar between the three games, we can move on to our next order of business:

If you LOVE the game and want to discover more games like Overwatch in 2022 - you’ve come to the right place. There are many first-person hero shooters and classic FPS games which come to mind, like Titanfall 2, the battle royale Apex Legends, and the old-but-gold CS:GO. However, not every game qualifies to be compared to Overwatch in terms of video game genre and gameplay. Here’s the selection of the absolutely best games like Overwatch we recommend for you in 2022:

If you’re looking for free games like Overwatch, then Paladins is the best choice in this category. According to the latest Paladins player count 2022, more than 19,000 people played Paladins concurrently in 2022. The game is often referred to as the free Overwatch and their fanbase consisted of around 16 million people in Q4 2020.

The grandfather of Overwatch is still going strong. According to the latest Team Fortress 2 player count, the game ranks #8 on Steam in 2022. TF2 might be an old-but-gold game but it’s still one of the most beloved first-person shooter games in 2022.

This free-to-play FPS video game features funny characters and a hero shooter gameplay just like Overwatch. Battleborn was released almost at the same time as Overwatch and is currently available on Microsoft Windows, PS4, and Xbox One. Battleborn combines RPG elements with some MOBA influence and offers a unique gaming experience.The game is not at all popular on Steam at all but as of November 2020, more than 1,4 million people have played the game on PS4 only.

The multiplayer online combat video game Bleeding Edge came out in March 2020. The game was published by Xbox Game Studios and is currently available only for Xbox One and Microsoft Windows. Many gamers compare it with Overwatch and there is why - the diverse cast of customizable Bleeding Edge characters are quite like the Overwatch heroes which also have dedicated classes (Damage, Support, and Tank).

There are SO many video games nowadays you can spend an absolutely awesome time on that it’s hard to decide. Before we wrap things up we’d like to recommend two other games that totally deserve your attention in 2021:

Try a pirate game like Sea of Thieves - it’s fun and immersive not to mention beautifully designed. According to the latest Sea of Thieves player count, more than 1,800 people play the game concurrently on Steam in Q1 2021. If you’re up for some maritime adventure to share with your friends or to enjoy on your own, this is a perfect choice!

And if you’re looking for a sandbox game with a fighting element - then Valheim is totally for you. It’s new and exciting, not to mention that it broke Steam when the early access release came out in February 2021. During the first month after the Steam debut, the game was already played by 5 million people worldwide.

Is Overwatch dead in 2022? Not even close. According to the latest Overwatch player count 2022, between 650,000 and 800,000 people play the game concurrently every day across all devices. How many people play Overwatch? The Overwatch player base 2022 has dropped somehow in the years after the initial craze about the game but it’s still one of the most popular games in its genre

We compared Overwatch to Valorant and the classic CS:GO and we came to the conclusion that Valorant is somewhere in the middle between the two but it’s definitely more like CS:Go in terms of gameplay. If you were looking for more games like Overwatch, we recommended four excellent choices for you to try in 2022.