Is Smite worth playing in 2022? The free-to-play MOBA game is one of the best games like League of Legends of all time and today we’ll shed some light on the latest Smite player count 2022. The question we’ll try to answer today is: how many people play Smite in 2022 and is Smite dead? We’ll also recommend the best games like Smite if you’re looking for a change in 2022.

We here at TechACake.com are interested in providing our readers with the latest video game statistics. Users from around the world visit our website daily to check the player count of various games and to discover suggestions for new games of the same video game genre. Visit our Gaming category and find out more about your favorite video games in 2022. Now, let’s get back to Smite, shall we?

The third-person multiplayer online battle arena game Smite is among the most popular MOBA games in 2022. Its popularity can be compared to that of League of Legends for example - according to the latest League of Legends player count, more than 2 million people played the game concurrently in Q1 2022. Let’s see how many people play Smite:

Currently, Smite is available on PlayStation 4, Xbox One, Nintendo Switch, macOS, and PC. How many people play Smite on PC in 2022? The game is obviously most popular on console, because Smite PC players use Steam as a platform and the numbers are not impressive. According to the Smite Steam Charts, in January 2022, an average of 12,900 people played Smite concurrently on Steam with a peak of 23,400.

2. As of April 2020, Smite boasted more than 40 million registered players across PC and console.

Here is a stat from 2020 which is quite amazing! Five years after the Smite release, the game had 40 million registered Smite players. Are we to expect that in 2022 we’ll bear witness to another Smite player count record? We don’t have that information yet but we hope that the next Smite milestone is just around the corner. Now, how’s Smite ranking on Steam? Let’s see:

Not great, not terrible. According to the Smite Steam Charts, the game is still in the Steam top 100 in 2022. The game made its Steam debut in September 2015 and since then, between 7,000 and 15,000 people have played the game on average every month (we’re not talking about peak number of players here).

Unlike League of Legends, Smite is not that popular on Twitch. However, it’s still on the top 50 most watched games on the live streaming platform for gamers. During the COVID-19 lockdown in 2020, the Smite viewership on Twitch doubled in numbers and the number of Smite Twitch channels increased drastically. In December 2021, people watched more than 4.19 million hours of Smite gameplay on Twitch.

This was the record number of average Smite viewers on Twitch since the game debut on the platfrom. The reason for this Smite craze and increase of interest was the Smite World Championship 2022 that took place between January 6-9, 2022.

Steam is a difficult platform to rank high on, so let’s not get stuck to those numbers here. Games like League of Legends, Overwatch, and Fortnite are not on Steam so what would the Steam ranking be if they were?

So yeah, 31,000 people is not much of a news but Smite is obviously not very popular on PC. Keep reading and you’ll see.

How many people play Smite?

In 2022, millions of people are playing Smite across all devices and platforms. The game is not very popular on Steam: in January 2022, no more than 23,400 people played the game concurrently on the online gaming platform. WIth 40 million registered Smite players in 2020, we’re looking forward to the next Smite player count milestone. Now, let’s see some stats from recent years.

It often happens with free-to-play games that their success exceeds all expectations. With 30 million players the game generated more than $300 million in profit in 2019. In just four years, the Smite player base grew with more than 20 million people. The Smite audience has been growing exponentially, and according to the source, eSports tournaments contribute greatly to the popularity of Smite. Let’s see:

MOBA games are very popular in eSports tournaments. Take League of Legends and Dota 2 for example - both MOBA games attract thousands of eSports players with prize pools of millions of dollars every year.

Smite is no exception - there were 12 eSports teams at the Smite World Championship 2022 with a prize pool of $400,000. The tournament was watched by thousands of people with a peak of 11,200 viewers on Twitch.  A total of six teams were invited to the finale which took place on January 9, 2022.

The myth-themed MOBA game about gods is a go-to place for millions and millions of fans. One year after the release in 2014, Smite already had attracted 10 million registered players. At that time, the developers Hi-Rez were still fixing a lot of bugs here and there but they already had a numerous and loyal audience.

Not in the slightest. There were more than 40 million registered Smite players in Q2 2020. One year after the Smite release, the game already had 10 million registered players. Smite is not very popular on console - a peak of 23,400 people played the game on PC in January 2022 (Steam). Smite makes for a super popular eSports in 2022 - the Smite World Championship 2022 was watched by an average of 11,200 concurrent viewers on Twitch.

If you’ve been playing Smite for some time and you wish for more games like Smite - here’s a list of the best games you can try and get an amazing Smite-like experience. There are not so many MOBA games out there so we’re recommending only the best. Here are the top games like Smite to try and enjoy in 2022: 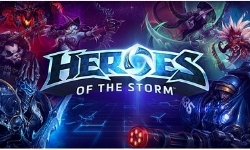 Heroes of the Storm

They call it Blizzard’s MOBA game - the developers and publishers of games like Overwatch, World of Warcraft, and Hearthstone. Blizzard Entertainment published the crossover MOBA game Heroes of the Storm in 2015. The game is currently available on PC and macOS only and every 5v5 game lasts for about 20 minutes. The curious thing about Heroes of the Storm is that it features characters from other Blizzard Entertainment franchises (e.g. Overwatch, Diablo, and World of Warcraft.) 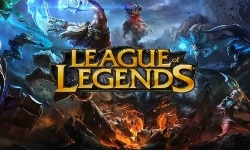 League of Legends is one of the most popular video games of all time. With more than 2 million concurrent players every day, the game has entered the history of the video game industry. The online game League of Legends was developed by Riot games and published in 2009. In 2022, the game is in the top 3 most watched games on Twitch and already has a free-to-play mobile version on the market. Many LoL fans have already tried the mobile version of the game - League of Legends: Wild Rift. Make sure to check out the best mobile MOBA games 2022. ✅ 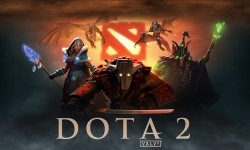 Dota 2 is one of the most popular MOBA games like League of Legends. According to the latest Dota 2 player count, the game is the second most popular game on Steam. Dota 2 is also a record-breaker on the online gaming platform - it holds the bronze medal for number of concurrent players. The game was published in 2013 by Valve Corporation as a sequel to Defence of the Ancients and is still among the most popular video games in 2022. 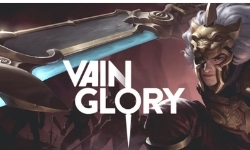 Vainglory is a free-to-play MOBA game that was initially released in 2014 for Android and iOS. Currently, the game is also available on macOS and PC (Steam) and it allows cross-platform play. Although the popularity of the game is not at all high, MOBA game fans should definitely give it a try and discover a new MOBA world.

How many people play Smite in 2022? With more than 40 million registered players in April 2020, we can safely say that Smite is doing pretty well in terms of player base. The Smite player count 2022 is not very impressive on Steam so the conclusion is that the MOBA game is definitely more successful on console. We recommended some of the best games like Smite for you so make sure to check them out if you’re looking for a new MOBA experience.