Visit out Gaming category if you’re interested in the latest video gaming statistics 2022. Now, Bungie, the developers of Destiny 2, describe it as "a shared-world action shooter that takes you on an epic journey across the solar system." In this game, you can play with your friends in a variety of activities including story missions, Strikes (cooperative 3-player missions), raids (6-player cooperative missions), and more. Without further ado, let's dive into the latest Destiny 2 player count 2022:

How popular is Destiny 2 five years after the release? The game is currently available on PC, Google Stadia, PlayStation 4 and Xbox One, and since November 2020 - on the next-gen consoles Xbox Series X|S and PS5. And after the $3.6 billion Bungie acqiosition by Sony in January 2022, the game's popularity is on the rise once again. How many people play Destiny 2 in 2022? Let's get started:

According to the latest Destiny 2 Steam Charts, the game is still on the top 20 Steam games in 2022. In 2021, the game used to rank in the top 10 but new titles invade the list quite often. However, some of the games that are always on the Steam top 10 are CS:GO, Dota 2, PUBG, and Apex Legends. According to the latest CS:GO player count 2022, more than 20 million people play CS:GO every month.

Destiny 2 ranks in the top 50 Twitch games in 2022. In August 2022, people watched 1.54 million hours of Destiny 2 gameplay on Twitch with an average of 9,600 concurrent viewers. The game used to rank #31 in 2021 and loosing seveal position doesn't seem to matter that much still.

5. In 2021, people watched between 6 million and 11 million hours of Destiny 2 gameplay on Twitch.

During Destiny 2 events and tournaments this number went closer to 11 million but the interest in the game is generally high at all times. Since the Destiny 2 release in 2017, the record for Destiny 2 hours watched on Twitch is 18,900 (September 2017 - the official release).

6. The total player base of Destiny 2 is estimated to be 38 million players.

According to the source, the total Destiny 2 player base is 38 million players. They also estimate that Destiny 2 is the #2 MMO game in 2022 in terms of player population. The interest in the game is increasing in 2022 after a considerable drop of popularity between October 2021 and January 2022. 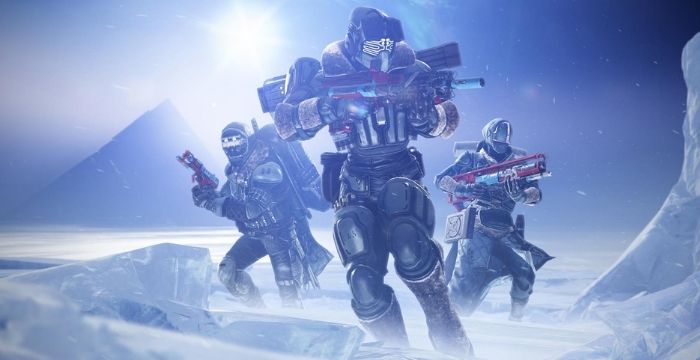 No. With 38 million estimated player base, the Destiny 2 player count is on the rise in February 2022. Currently, the game ranks #14 on Steam and #39 on Twitch. In February 2022, between 850,000 and 1.2 million people play Destiny 2 concurrently every day across all devices.

How many people play Destiny 2?

With millions of daily active users, Destiny 2 is the second most popular MMO in 2022. The Destiny 2 active player count is between 800,000 and 1.2 million players across all devices in August 2022.

More than 1,5 million people play Destiny 2 daily in 2021. The online-only multiplayer first-person shooter video game set in a mythic sci-fi world was developed by Bungie and published by Activision. It was released back in 2017. Four years later, here we are and the game is still super popular.

9. In November 2020, Destiny 2 was the eight most popular game for PlayStation 5.

PlayStation 5 was released on November 12, 2020, so in the final month and a half of the year, Destiny 2 managed to enter the top 10 favorite games of PS5 owners. The games before Destiny 2 in the chart are none other than Astro’s Playroom, Call of Duty: Black Ops Cold War, Marvel’s Spider-Man: Miles Morales, NBA 2K21, Call of Duty: Modern Warfare, Demon’s Souls, and GTA 5.

Xbox Series X/S came out on November 10, 2020 (two days before the release of PS 5 — see stat 10), and Destiny 2 quickly became one of the favorite games to play on the new gen Xbox. In the top 5 we see games like Call of Duty: Black Ops Cold War, Call of Duty: Modern Warfare, Assassin’s Creed Valhalla, Destiny 2, and Forza Horizon 4.

Destiny 2 never went higher than #5 on Steam. And that only happened twice — in June 2020 and November 2020. Depending on the new releases (yes, I’m still thinking about Valheim and the sudden 500,000 concurrent players on Steam — the game entered the top 5 most played games on Steam), games change positions on Steam, but the best video games are always at the top. In the last year or so, CS:GO was (almost) always #1 on Steam, and Dota 2 — #2.

Destiny 2 was one of the best video games of 2017 and it got nominated at the prestigious Game Awards 2017. The three categories for which Destiny 2 was nominated were Best Art Direction, Best Score/Music, Best Audio Design. Unfortunately, the game didn’t win in any category that year.  FYI, the Game of the Year award 2017 was won by Legend of Zelda: Breath of the Wild.

This is the highest Destiny 2 Twitch ranking since the release of the game. Twitch viewer counts vary in a very interesting way after the release of each game — some games are just irresistible for gamers, and they play them as well as watch them. Destiny 2 has gone down the Twitch charts of most watched games, but it’s still in the top 50. Unlike games like Titanfall, for example. According to the latest Titanfall player count statistics, the game currently ranks #352 on Twitch.

When it comes to comparing video games, people always have mixed feelings. We already compared Paladins vs Overwatch and GTA 5 vs Watch Dogs — there is no right answer of course, but we’d like to have a look at the differences and similarities between the games anyway.

Both games are free-to-play and that’s one of the reasons it’s OK to actually compare them. (In the case of Paladins vs Overwatch we have one free-to-play and one pay to play game and that’s not a fair comparison to begin with.) Since the release of Destiny 2 on Steam for free, the game took some players out of the Warframe fan base.

Warframe is one of the most successful games of the developer and publisher Digital Extremes — the game was released for PC and PS4 back in 2013 and by 2019 there had been 50 million Warframe players. We saw several Warframe expansions since the release (The Second Dream -2015, The War Within — 2016, Plains of Eidolon — 2017, The Sacrifice — 2018, Fortuna — 2018, Empyrean — 2019, The Old Blood — 2019, Heart of Deimos — 2020). Each expansion came with a new open-world map, content patches, or new weapons, a new storyline, or a new quest. Destiny 2 also gets regular extensions which keeps the fan base coming back for more. (Scroll down if you want to see more about Destiny 2 expansions.)

In terms of game characters, Destiny 2 sports almost 50 playable characters. From Guardians and Gods, to mysterious vendors and fallen mob bosses — there’s a wide array of choices. There are a lot of characters in the Warframe universe as well — some of them you can encounter in events, others — on quests and missions.

Last but not least, let’s talk about gameplay. The general opinion is that Warframe has a steep learning curve and newbies definitely prefer the easier to play Destiny 2. However, Warframe is more diverse in terms of plot and the variety of combat is just to die for. (Wink!) 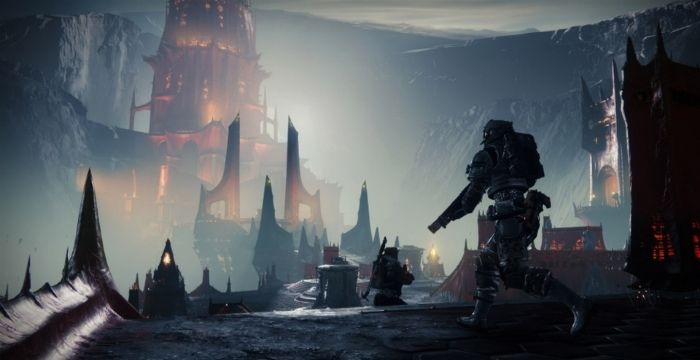 Post-release content is what keeps the players coming back to the game and exploring the new features, characters, weapons, maps, and events. Season passes come with a price though and Xbox owners can purchase an Xbox Game Pass in order to enjoy all the new content.

Now, Destiny 2 is famous for its expansions — consistent content releases are important in a game and in the case of Destiny 2 people can’t complain of lack of new content. The developers for Bungie add new content on a quicker rate than they did for the original Destiny installment.

The Watch Queen has been recently postponed by Bungie. The new release date is said to be early 2022 because of the coronavirus pandemic.

Now, let’s answer the questions that many gamers are asking in 2021:

Is there going to be a Destiny 3?

Is there going to be a new installment of the Destiny franchise? Is Destiny 3 happening? What we know for sure is that in 2022 Bungie is not planning a new release. Instead, they are adding more content to the existing Destiny 2 universe. Moreover, due to the coronavirus pandemic, many releases have been postponed and game development is going slower than usual. We’ll have to wait and see what lies in the future of the video game industry.

How many people play Destiny 2 in 2022? According to the latest Destiny 2 player count 2022, the interest in the MMO is starting to grow again after a short drop in Q4 2021. In August 2022, between 800,000 and 1.2 million people play Destiny 2 concurrently across all devices. Currently, Destiny 2 ranks on the top 20 Steam games and is among the 50 most popular games on Twitch.