This game came out in 2013 and still keeps the audience coming back for more in 2021. The multi-platform action-adventure video game legend Grand Theft Auto 5 is one of the most popular games in 2021. Today we’re here to find out more about the current GTA 5 player count and some juicy stats about the GTA 5 revenue. How many people play GTA 5 in 2021? Read on and find out!

Join TechACake.com on a journey within the world of video gaming. We are determined to find out more about the best games of all time and why people keep playing them today. Our team of writers and gamers are dedicated to provide the latest information about each video game giant for our readers. Today we’ll reveal the latest GTA 5 statistics 2021 and we’ll see what secrets they have to tell us. Have a quick look first:

Now that you know for sure that Grand Theft Auto V is a VERY big deal in the gaming industry, read on and find out more AMAZING details about the game. Spoiler alert: number 15 might surprise you! Here we go:

GTA 5 was released back in 2013 and is still one of the most popular video games of all time. The Grand Theft Auto series started coming out in 2008 and since then,

In 2021, GTA 5 is in the top 3 most popular games on Twitch. It swapped with LoL recently. According to the latest League of Legends statistics, LoL rankes third, and Just Chatting - number one.

CS:GO is #1 on Steam for some time now. Actually, according to the latest CS:GO statistics, there were more than 1 million concurrent CS:GO players on Steam in Q4 2020. GTA 5 is nowhere near that number, but it’s still in the top 10 Steam games in 2021. Lately, it went down one position because of the colossal success of Valheim which took the Steam Charts by surprise. According to the latest Valheim player count, more than 5 million people played the game in the first month after the early access release. The Swedish developers are still fixing bugs but people already love the game. GTA 5 occupied the 8th position for some time now, but couldn't hold on for long.

In March 2020, the number of hours watched on Twitch suddenly doubled. The lockdown left us at home with no entertainment other than games, books, and TV. So it’s no surprise so many people chose to watch live streaming of their favorite games on Twitch.

This is actually the record breaker for the last year. The peak of GTA 5 viewers on Twitch in February 2021 was more than 400,000. Playing GTA online is awesome, but gamers also like watching GTA gameplay on Twitch more than ever in 2021.

In 2021, gamers prefer playing GTA 5 on PS4. The next favorite gaming console for GTA 5 is PlayStation 3, and last but not least comes PC. GTA 5 is one of the best games to play on PlayStation 3,4, and 5, and on Xbox 360, One, and Series X/S. The game is available on Steam and currently ranks #8 on the Top 10 games on Steam.

7. GTA 5 cost the developers $256 million for production and marketing.

According to the latest video game statistics, GTA 5 is still the most expensive game in 2021.

The largest video game budgets as of 2021 have gone for the development of games like Final Fantasy VII, Star Wars: The Old Republic, Destiny, Shadow of the Tomb Raider, and Dead Space 2. 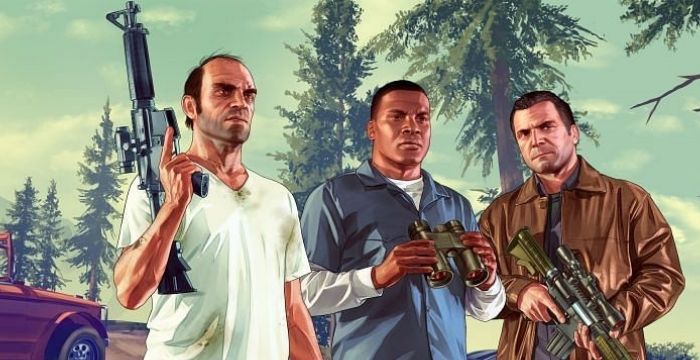 Fighting enemies in a first-person shooter game is what most gamers are looking for in 2021. GTA 5 is an action-adventure video game developed by Rockstar Games (scroll down to read more about them), and came out on the video game market on September 17, 2013. The game is famous for the violent and brutal gameplay but also for the super detailed open map world in which gamers immerse themselves.

Have a look at some awesome Grand Theft Auto V statistics, it’s worth it:

9. GTA 5 was nominated for 4 Steam Awards and won them all.

In Q4 2020, the number of GTA 5 viewers on the video streaming service Twitch saw an ebb which continued until February 2021 - the record in GTA 5 Twitch viewers for the last year. (See stats 4 and 5 for more.)

13. Most GTA 5 players come from the US, Brazil, and Russia.

And now, let’s have a look at some old-ish GTA 5 statistics which is just amazing to look at. Flash back! The year is 2013. We were all almost a decade younger, the iPhone 5 had just been released, there used to be no TikTok yet and the world felt a tad more innocent. One look at the next image will just blow your mind, I guarantee: 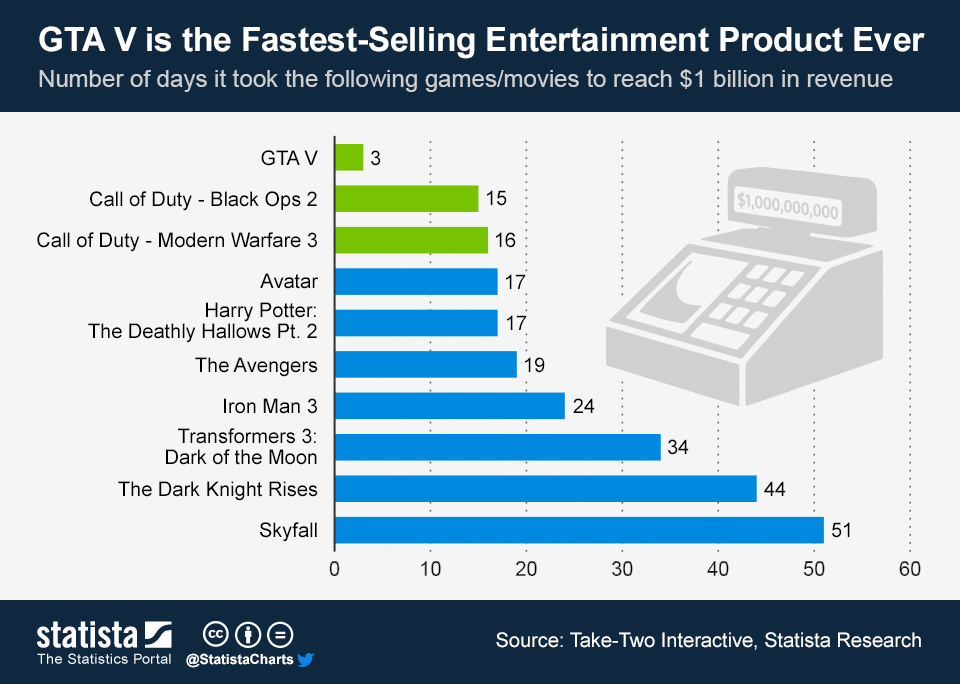 How much money has GTA 5 made?

They call GTA 5 the most profitable entertainment product of all time. The game has done well in its eight years on the video gaming market - GTA 5 entered the top 3 most successful games of all time. Have a look:

15. GTA 5 is the second best-selling game of all time.

The game ranks one position behind Minecraft. According to the latest Minecraft statistics, the game makes around $200 million from sales every year and is still the best selling paid mobile gaming app in the world.

16. GTA 5 reached $1 billion in revenue in the first 3 days after the release.

This record hasn’t been broken yet. The game was a hit from the very beginning. Most people purchased the game for PS4 and the interesting detail here is that the release of GTA 5 and PS4 almost coincided. PlayStation 4 came out in November, 2013, less than a month after the release of GTA 5.

They say the game made more money than any single media title in history, including the filmmaking industry. (Let’s just mention that the highest grossing films ever made all earned around $2+ billion)

The game sold 15 million copies in 2020. And 135 million since the release. Grand Theft Auto Online is a big hit and the in-game purchases make all the difference for some gamers. And for the GTA 5 revenue, of course.

One of the best-selling video games of all time, Grand Theft Auto V, doubled in annual revenue in 2019 in comparison to 2018. The peak of GTA annual revenue came in 2013, the year of the initial release of the fifth installment of the game, and it amounted to the astonishing $32.5 million.

Now, let’s have a look at the developers of that gaming giant: 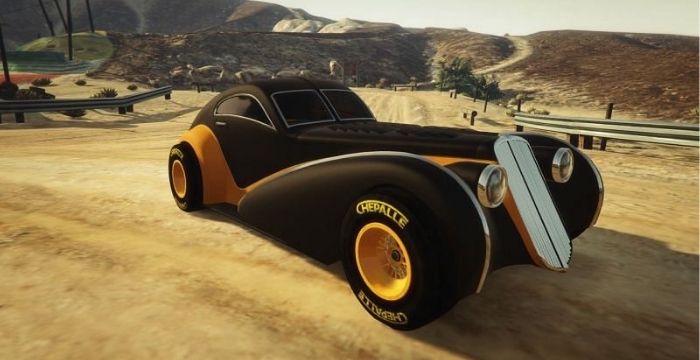 Two of the biggest names in the gaming industry come from the same creator in 2021. Rockstar Games gave us the Grand Theft Auto series and the Red Dead series. The open world design, the amazing maps, the possibility to do almost everything you can think of in the game - those are just some of the best features of GTA and Red Dead. Both games are award-winners and both are some of the top selling games of all time. RDR 2 was released in October 2018, and by the end of the year the game sold 14 million copies for PS4 alone. Well done Rockstar Games!

They started developing the game in 2008 after the Grand Theft Auto IV release. More than 1,000 people worked on the game and five years later they had it ready for release. The production and marketing cost the unprecedented $256 million which is still the most money ever spent on game development in 2021.

The American video game publisher’s most popular products are without a doubt the Grand Theft Auto series and Red Dead. Both games have a single player mode and a multiplayer online mode for those who wish some company. Gamers are in awe with the details in each game. In GTA 5 you can steal a taxi and make some money with it, and in RDR 2 the player needs to feed their horse regularly so it won’t die. The creators of both games came to great lengths to deliver an immensely satisfying product, in an immersive world with amazing graphics.

Grand Theft Auto and Watch Dogs are some of the best car games on the market although one of them is wildly popular not to mention a gaming legend. Both games feature an open-world mission-based character-driven structure; both are violent and dark and set the tone for the world of gangsters and underground criminals. People often compare the two games although there are some major differences and we’ll cover them in short.

Watch Dogs offers outstanding vehicles. The Watch Dogs cars are based on real cars without disclosing the brand of course. (Hm, real cars… Are you thinking of Gran Tourismo like me? Check out our list of the most anticipated games of 2021 - you’ll find something new for sure!) Now, Watch Dogs is set in a stunning environment but in terms of storyline and character development, GTA 5 is the better one - the characters and plot lines in GTA 5 have more depth in comparison with Watch Dogs.

Now, GTA 5 cars on the other hand are fictional and that’s one of the things people love in the game - the creativity of the developers didn’t disappoint. The environment of the game is definitely more convincing than that of Watch Dogs and the design of Los Santos (basically Los Angeles) is just breathtaking. In other words, GTA 5 offers more in terms of design than Watch Dogs. The game offers more humour and satire than Watch Dogs and generally sets a more playful tone.

GTA 5 is a Rockstar (wink) in the world of video games, to say the least. It’s one of the top 3 best-selling games of all time as well as the most expensive game in terms of development. It’s in the top 3 games on Twitch and in the top 10 most popular games on Steam.

Is GTA 5 still worth buying in 2021? Definitely yes. The audience of the game has been loyal in the last eight years since the release and the interest has been on the rise since the outburst of the coronavirus pandemic. Yes, people still play GTA 5 in 2021. The developers, Rockstar Games, have given us one more gaming hit to enjoy in our gaming time - Red Dead Redemption 2. Both games have quite changed the world of game development and we’re excited to see what comes next. How many people play GTA 5 in 2021? Now you know!