We here at TechACake.com post a lot of video game statistics - check out our Gaming category for more exciting information about the active player count of popular games. Today we’ll dive into some recent For Honor statistics and share the most important ones with you. Let’s see how is the medieval game going these days:

Video gaming in 2017 was HUGE! We saw the rise of the battle royale video game genre which took fans by storm. Both PUBG and Fortnite are still among the most popular video games in 2022. The PUBG player count even turned out to be a record breaker in 2018 and is still the #1 game by number of concurrent players on Steam.

In the midst of this 2017 battle royale frenzy, we also got the medieval action fighting video game For Honor (where you can have knights, samurai, and vikings all in one place for some reason). The game has never been among the most popular video games and as you’ll see in a minute, the current For Honor player count is not impressive at all.

Now, before we dive into some of the less recent stats which will tell us how the game did during the recent years, let’s have a look at the current For Honor player count. Is the game dead in 2022 and was this game one of Ubisoft’s least popular games? Let’s have a look:

With a peak of 10,145 concurrent players in July 2022, the For Honor player count is a bit on the rise since the beginning of this year. The For Honor player base has dropped significantly and the only thing that lures people back to the game are the occasional For Honor patch notes and updates but we’ll cover that later in the article.

The source website uses an algorithm to establish the number of concurrent players for the video games they focus on. Our team monitored the For Honor active player count for more than a week and we came up with these numbers. The For Honor player count is between 4,200 and 5,900 across all devices and (see stat #1) around 3,300 on Steam alone in October 2022.

The popularity of For Honor on Twitch is even worse than what we saw on Steam. Years ago, the For Honor viewer count on Twitch used to be a sensation (see stat #11). In Q2 2022 the game is not even in the top 400 games on Twitch. After the initial frenzy about the game back in 2017 (the year of the For Honor release), the Twitch stats of the game have remained low. In August 2021, For Honor used to rank #264 on Twitch. In October 2022 however, the game has moved from #459 to #302 on the platform so there's definitely some raise of interest.

In August 2018, the developers of For Honor added content to the game and we got the awesome Tempest Call Effect. It was available for all heroes and it brought many people back to the game. More than 216,000 people played For Honor concurrently on Steam in August 2018 which is still the record of peak concurrent players on the video game digital distribution platform (see stat #7).

6. Most For Honor players come from the US.

For most of the games we collect statistics in this category, the bulk of players come from the US. In the middle of the COVID-19 lockdown, three out of four Americans played video games so we can safely say that playing games is one of the most popular pass time activities in the US. 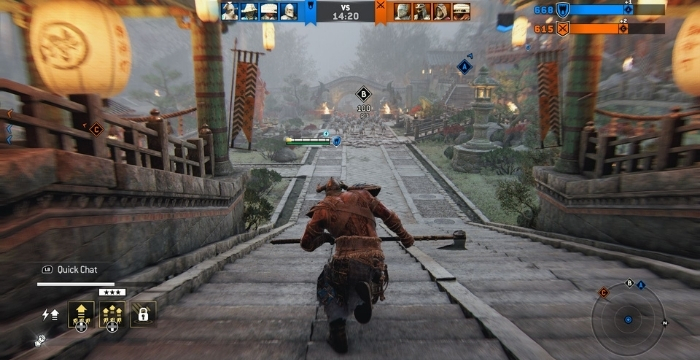 How many people play For Honor?

Things haven’t been so great for this game in the last few years. As we already said, For Honor came out back in 2017 and four years after that the player count has dropped significantly. Here we’ll mention some important stats about the For Honor player count in the weeks and years after the launch and we’ll compare them to the current player base. We start with:

Free promotions and new content always bring more people back to games. In the case of For Honor, the free promotion in the summer of 2018 brought more than 216,000 players to the game (see stat #5) and made For Honor the 8th biggest game on Steam by number of concurrent players.

8. Back in 2018, Ubisoft boasted 7.5 million registered For Honor players.

According to the For Honor Steam Charts, more than 45,000 people played the game on Steam at launch. This was the first out of two occasions when For Honor enjoyed the attention of a large crowd in the gaming community (see stat #5).

The drop of interest in the game in recent years is surprising when we go back to the release in 2017. The reviews after the launch seemed to be pretty negative which caused around 95% of the audience to leave For Honor behind. In 2022, the For Honor player count is somewhere between 4,000 and 6,000 people (see stat # 2).

Is For Honor dead?

Not quite. In October 2022, between 4,200 and 5,900 people play For Honor across all devices. The medieval game has definitely seen better days but there are still several thousand loyal players who stick to For Honor, enjoy the For Honor gameplay, and who check for updates and patch notes frequently. After the initial craze about the game, the For Honor player base has dropped significantly - within the first year after the release of the game more than 95% of players turned their back to For Honor. People were disappointed from the many bugs and technical issues and many players never came back.

The latest For Honor season started on September 15, 2022. The Demon Dagger is year 6 season 3 of For Honor and it's insipred by the Japanese yokai folklore so fans are in for a treat thise year. Each season after the For Honor release, there’s a major game update. As we all know, consistent content releases keep the audience coming back for more and For Honor is definitely not lacking in that department. The For Honor seasons & updates bring with them new features like maps, game modes, and new content to unlock (heroes, weapons, skins).

The medieval setting of the game makes it perfect for including all sorts of ancient sorcery, mythical creatures, and heroes from all over the world. Players can enter the game as samurai or knights, soldiers or warriors. In December 2021, there were several updates and For Honor events. Like the 24 hour Yule Log Livestream on December 16th, the Warrior's Den Recap, and the Year 5 Season 4 Testing Grounds Update on December 2, 2021.

If you crave more gameplay experience like For Honor, here are our top 4 games to try in 2022. Medieval games are not that common but the excitement of becoming a knight with a sword and armor who protects their kingdom and people is simply irresistible! Have a good look at our top picks for the best games like For Honor in 2022 now: 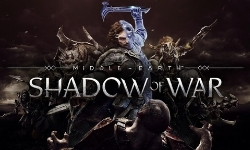 This game is the sequel to Middle-earth: Shadow of Mordor and as you can see from the title, it’s clearly inspired by Tolkien’s Lord of the Rings. (So, if you’re a fan of the franchise - look no further. This is the game for you!) The second part, Shadow of War takes place somewhere between The Hobbit and LOTR - it was published in 2017 by Warner Bros. Interactive Entertainment and is currently available on PC, PlayStation 4, and Xbox One. 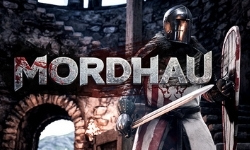 This is one of the best knight games on the market in 2022. It’s also one of the most popular ones. The multiplayer medieval hack and slash video game Mordhau came out in 2019 and two years later, around 4,000 people play the game on Steam every month. Mordhau is definitely feature-rich: players can choose among a vast variety of medieval weapons and game mods. During the first week after the release, the game sold 500,000 copies (check out the Valheim player count for that matter… and since we’re on the subject, Valheim is also a game you can try if you’re looking for medieval games. It’s a Viking game released in early 2021 and it’s a record-breaker on Steam). Currently, Mordhau is available only on PC (Steam) which is one of the few disadvantages of the game. 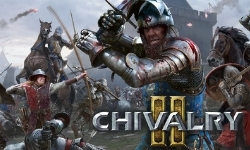 This was one of the most anticipated video games of 2021. The sequel to Chivalry: Medieval Warfare came out in June 2021 and is available for PS4, Xbox One, PC, and the next gen consoles - PS5 and Xbox Series X/S. The multiplayer hack and slash action video game features classic medieval weapons like sledgehammers, battle axes, and bows. Chivalry II is immersive and allows players to enjoy epic medieval battles. A must-play! 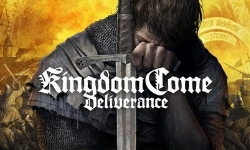 This action RPG video game was published by Deep Silver in 2018 and is currently available on PC, PlayStation 4, and Xbox One. Kingdom Come: Deliverance is set in the Holy Roman Empire (early 15th century) and boasts historically accurate content, excellent storylines, detailed narratives, quality character clothing, and various long- and short-ranged weapons. The game features an open-world map where characters go on quests but they also need food and rest to stay healthy.

In For Honor dead in 2022? Today we shared with you the current For Honor player count 2022 as well as some important statistics from the first weeks and years after the launch of the game. In 2022, there are not many For Honor players left and the medieval game has definitely seen better days. How many people play For Honor in 2022? Between 4,200 and 5,900 of which around 3,000 - 5,000 on Steam.

We also made some pretty awesome suggestions for games like For Honor. If you’re looking for more knight games make sure to try Mordhau or Chivalry II, Middle-earth: Shadow of War of Kingdom Come: Deliverance - all of them will provide you with an awesome gaming experience.