You can find all sorts of video game stats on TechACake.com and we always provide our readers with more information than they came from. Have a look at our Gaming section and discover some spicy details about your favorite games in 2022. Now, back to Rainbow Six - is the game dead six years after the release? Here we go:

The online tactical shooter video game has been a favorite among fans since its release in 2015. Rainbow Six Siege is a part of the large Tom Clancy’s franchise with around 40 games in the series. R6S is available on PS5, Xbox Series X/S, PS4, Xbox One, and PC. Here comes the latest Rainbow Six Siege player count:

1. As of January 2022, poeple have played more than 33,4 million hours of Rainbow Six Siege gameplay on Steam.

It’s tough getting to the list of the top 10 most popular games on Steam, but it’s even more tough to remain there. In 2021, Rainbow Six Siege used to rank #9 on Steam but now it's gone down to the 22nd position.

Back in July 2021, Rainbow 6 Siege used to rank #10 on Twitch. People watched more than 1.3 million hours of R6 Siege gameplay on Twitch in January 2022, and the average number of Rainbow Six Siege concurrent viewers on Twitch was 8.400. Although the game is seven years old in 2022, the audience is still coming back for more and the Rainbow Six Siege player count is keeping a steady pace.

Ubisoft reported solid player acquisition in 2020/21. Hitting the massive milestone is yet another success for the video game industry and Ubisoft in particular. The game boasts 70 million registered players across all platforms with a raise of 10 million players in less than a year. In August 2018, there were no less than 20 million registered Rainbow 6 Siege players.

The massive success of the online tactical shooter video game Rainbow Six Siege in Q1 2021 was due to a free-to-play weekend, discounts in prices, and the release of the Crimson Heist Operation. However, in January 2021, the peak number of concurrent Rainbow Six Siege

It is a truth universally acknowledged, that consistent content releases are a driving force in the video game business. The more - the better. The evidence? In the beginning of 2021, the six-year-old game Rainbow Six almost doubled its player count on Steam because of a new content release.

It does sound like a staggering amount of money. In 2019, Ubisoft announced that Rainbow Six Siege has raised $1.1 billion already. Let’s compare it to some of the other video game giants out there so we have the full picture:

According to the latest Overwatch player count, the game made $1 billion in revenue during the first year after the release. However, the game which made $1 billion in three days after the release and the absolute record-beaker is Grand Theft Auto V. According to the latest GTA 5 player count, more than 180,000 people play the game concurrently on Steam in 2021. 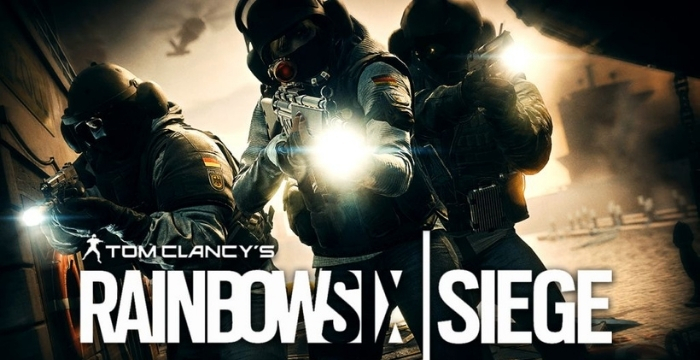 According to the source, around 680,000 out of the 29 million are returning players. 91% of the total earned at least one trophy in the game and 7% of all the accounts have nothing but Rainbow Six Siege on them.

Rainbow Six Siege is six years old now and it still rocks the charts. Why? Well, fans claim that the game keeps them hooked because of the constant content releases from the developers. Ubisoft is known for being meticulous with their games and this one is a particular favorite of what seems like an ever-growing crowd. In less than six months the game went from 50 to 55 million registered users and it’s still on the top 10 list of Steam games.

10. In February 2020, there were 55 million registered Rainbow Six Siege players.

And exactly a year after that, the number of registered Rainbow Six Siege players skyrocketed to 70 million (see stat #4). The game is super popular and it’s attracting a larger audience every year.

The Rainbow Six Siege player count is astonishing, isn’t it?

Now, let’s have a quick look at the company behind this awesome video game franchise.

One of the largest video game companies in the world - Ubisoft Entertainment SA, are known for many of the huge game franchises out there. If you have heard of Assassin’s Creed or Final Fantasy, Far Cry or Prince of Persia then you’re already familiar with the works of Ubisoft. (And there’s the Tom Clancy series, of course but we’ll cover that in a moment.)

Ubisoft is a French video game company with headquarters in Paris, France. It was founded in 1986 and is now 35 years old. Their products are known all over the world and their announced revenue per year is over $1 billion. The company was founded by the Guillemot family who still hold the larger amount of Ubisoft shares.

Some of the latest releases of the company include Assassin’s Creed Valhalla (November 2020), Watch Dogs Legion (October 2020), and Gods and Monsters (October 2020). Some of the most anticipated video games 2021 by Ubisoft included Beyond Good & Evil 2 and of course Tom Clancy’s Rainbow Six Extraction. Let’s have a look: 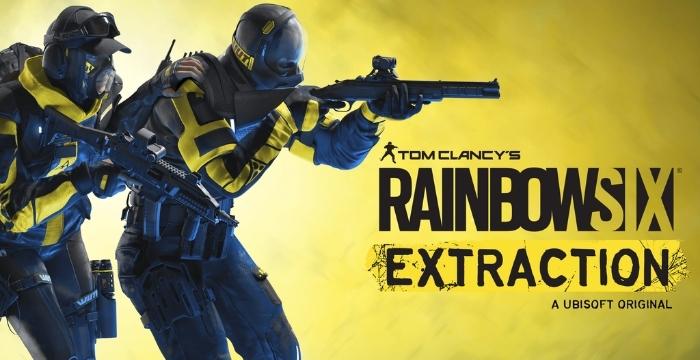 How about an alien parasite that threatens life on Earth as we know it? Tom Clancy's Rainbow Six has always fascinated us with various terrors and global threats and the new multiplayer tactical shooter released by Ubisoft is no exception. The latest installment of the Tom Clancy series features 12 large dynamic maps, 13 enemies, 4 levels with adjustable difficulty, and some free post-launch content. It's one of the most anticipated video games of 2022 and the release is scheduled for January 2022.

The amazing shooter games have been with us for more than two decades now. So which are the best installments so far? According to Gamesradar, the best Tom Clancy’s game of all time is Tom Clancy's Splinter Cell Chaos Theory (2005) because of its plot, dark atmosphere, and intense game modes. And of course, Rainbow SIx Siege (2015) comes as second favorite - loved for its Siege mode, the 5v5 gameplay, and the amazing maps.

Which is your favorite Tom Clancy game?

If you LOVE Rainbow Six Siege and want more of the same action while experiencing a new game - this list is for you. We’re going to be looking at several first-person shooter simulation games with similar mechanics and video game genre.

There are so many franchises in this genre but we narrowed it down for you so you can see the games which are exactly like RS Siege. Realistic competitive shooter games like Rainbow Six Siege are not that easy to find these days but we came up with some pretty good choices - some of them quite new and others are old-but-gold.

Here are five of the best games like Rainbow Six Siege 2022:

Here’s a game which few people would call beautifully designed but if you think about it - neither is CS:GO and it’s still one of the most popular video games out there. SQUAD was released back in 2015 by the developer and publisher Offworld Industries. One of the best features of the tactical shooter is that there are many weapons and vehicles to choose from. As usual, one team needs to locate and defeat the other and you need to run and hide the best you can. SQUAD is only available on Steam so no consoles, guys.

The CoD franchise is a legend in the video game industry and is definitely one of the best games in the FPS genre. There are 25 Call of Duty games on Steam and 4 Modern Warfare installments so far which are the most popular on Steam. According to the latest Modern Warfare player count, CoD is not very popular on PC but in Q3 2020 there were 111 million CoD active users across all platforms. The game is spectacular in every aspect - weapons, characters, design, maps. A must-play for everyone who’s looking for games like Rainbow Six Siege.

This team-based tactical first-person shooter is available on Steam as well as on console (including next gen consoles!) - PS5, Xbox Series X/S, PS4, Xbox One. Insurgency: Sandstorm was released in 2018 as a sequel to Insurgency (2014) and around 3,000 people play the game on Steam every month. The game sports better graphics than the average FPS in this genre and features an intense gameplay. The firearms in Sandstorm are everything you’d wish for and more! An EXCELLENT shooter that provides a one-of-a-kind experience!

This list can never be complete without the granddad of first-person shooter games - Counter-Strike. The game is free-to-play which is a huge advantage over the other games on this list. According to the latest CS:GO player count, the game is still #1 on Steam with more than 1 million daily active players. Yes!

CS:GO is immersive and challenging and as we can see - addictive! There are people who keep playing the game since 1999 and there is a good reason for that. (Seriously, if you haven’t tried CS:GO - now is the time. The game might be old, but there are so many young people who play it and love it that you’ll feel as a part of the Counter-Strike community immediately.)

How many people play Rainbow Six Siege in 2022. Currently the game has between 71,000 and 150,000 concurrent players on Steam and 70 million registered users across all platforms. We recommended five games like Rainbow Six Siege if you’re looking for some diversity. And of course, there is the long-awaited new release in the Tom Clancy’s franchise - Rainbow Six Extraction.

The latest Rainbow Six Siege player count is conclusive - six years after the release of the game it’s still one of the most popular first-person shooters on the market. And in 2022, Rainbow Six Siege is on the list of top 25 Steam games. Great job Ubisoft games!