How many people play Rocket League in 2022? The eSports video game developed by Psyonix came out in 2015 and became one of the best vehicular soccer games of all time. We’re all enchanted by the Rocket League battle cars, stunning arenas, and the overall awesome atmosphere. The latest Rocket League player count 2022 will surprise you! Is Rocket League dead? Today, we'll find out.

Check out our Gaming category if you’re interested in the latest video gaming statistics 2022. Now, one of the most popular soccer video games has made its way to the hearts of players all over the world. Rocket League is extremely competitive, hard to master, and it features breathtaking graphics. Let's have a look at the active Rocket League player count 2022 and answer some burning questions. Here we go:

Rocket League is without a doubt one of the best car games in 2022. With more than 46,000 concurrent players across all platforms every day, this is one of the most popular sports games this year. The game is hard to master and loads of fun to play. How many people play Rocket League right now? Let's find out:

According to the latest Rocket League Steam Charts 2022, the car game ranks #30 on Steam. However, in March 2020, Rocket League used to rank #6 on the platform. A year later, in 2021 - it dropped to the #10 position. With the latest releases of games like Elden Ring and Lost Ark, this drop in rankings on Steam is not unusual. Maybe in time Rocket League will restore its place in the Steam top 10 games.

Rocket League is one of the top 50 most popular games on Twitch in 2022. In the last year, people have watched between 9 million and 26 million hours of Rocket League gameplay on Twitch every month depending on events and updates. In March 2022. the average number of concurrent Rocket League viewers on the video game live streaming platform is 11,000.

5. In 2022, most Rocket League players came from the US and Germany. 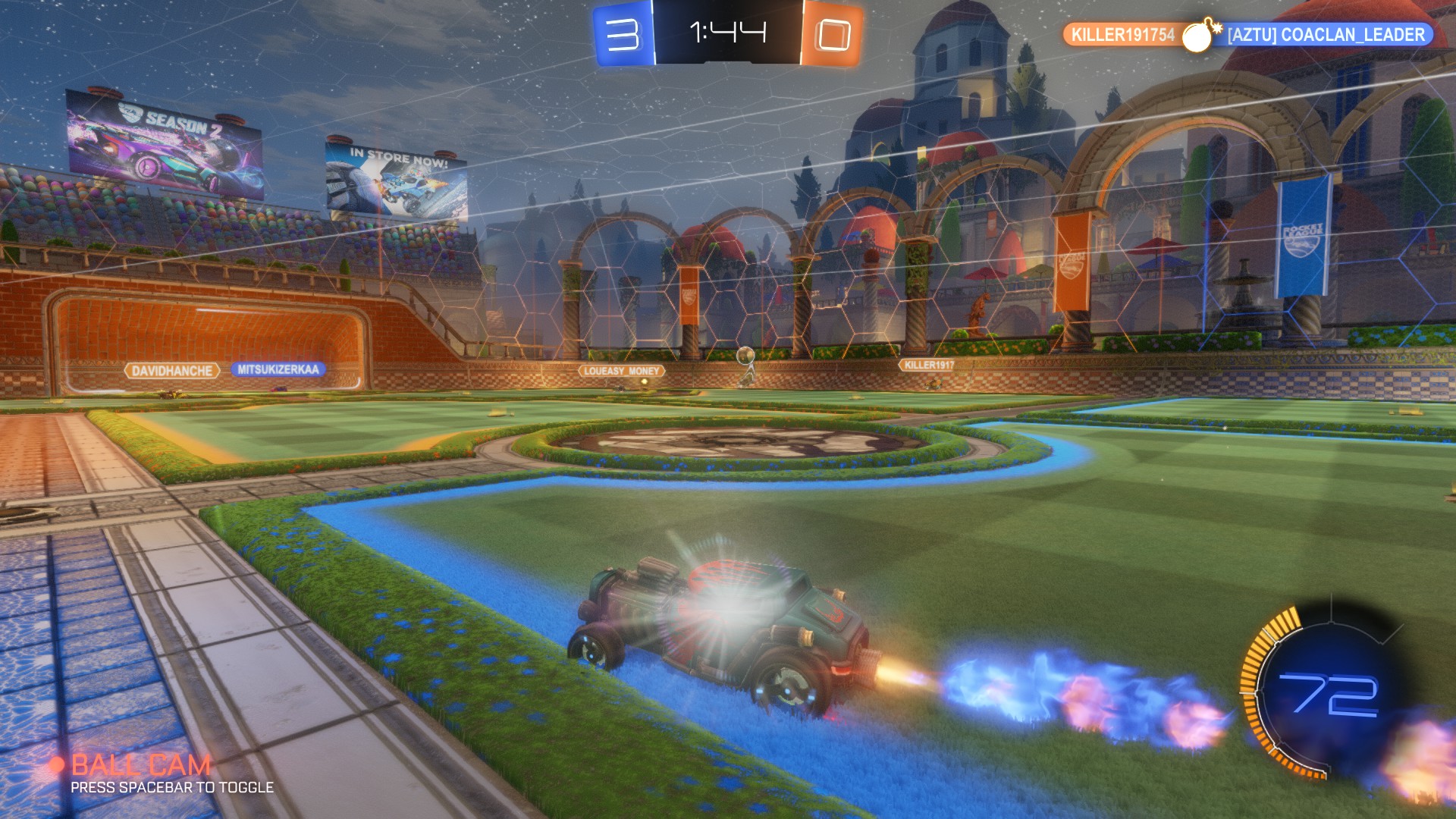 No. Rocket League is one of the 30 most popular games on Steam in March 2022. There are between 46,000 and 55,000 Rocket League concurrent players across all devices every day. Currently, Rocket League viewers on Twitch watch between 9 million and 26 million hours of Rocket League gameplay on Twitch every month.

How many people play Rocket League?

In March 2022, between 46,000 and 55,000 people play Rocket League concurrently across all devices every day. The car game ranks #30 on Steam and #32 on Twitch and because of the resently released Rocket League Season 6, the interest in the game is increasing exponentially in March 2022.

Many professional eSports players are addicted to Rocket League and there’s a good reason why. Hundreds of gamers all over the world compete in Rocket League tournaments and the best of them win some good money.

8. In November 2020, gamers watched over 19 million hours of Rocket League gameplay on Twitch.

The game is popular on Twitch for many reasons, and we’ll just cover two of the most important. One, it’s like watching a soccer match - how cool is watching people playing eSports soccer, commenting the score and the players. Second - the matches are short and viewers can watch an entire game within five minutes. It’s not a time-consuming engagement watching those Rocket League matches. But they are definitely addictive!

Rocket League became free-to-play in September 2020 and of course, the number of players skyrocketed. This is definitely one of the games which we missed at the Steam Awards 2020, but in all fairness, the competition last year was really strong!

10. In September 2020, there were 1 million concurrent Rocket League players across all platforms for the first time ever.

After the game became free-to-play on all platforms, gamers just wanted more. One million gamers played the game concurrently on all three platforms and three operating systems the game is available in.

This is as much as the monthly top in 2022 (see stat number 5). That happened in September 2020, of course. In the months after that there was a slight ebb in the number of players, but nothing drastic.

12. The bulk of professional Rocket League players come from the US.

The rating of the game is 4.5 stars - critiques love Rocket League and it seems that the game is more popular than ever in 2021. 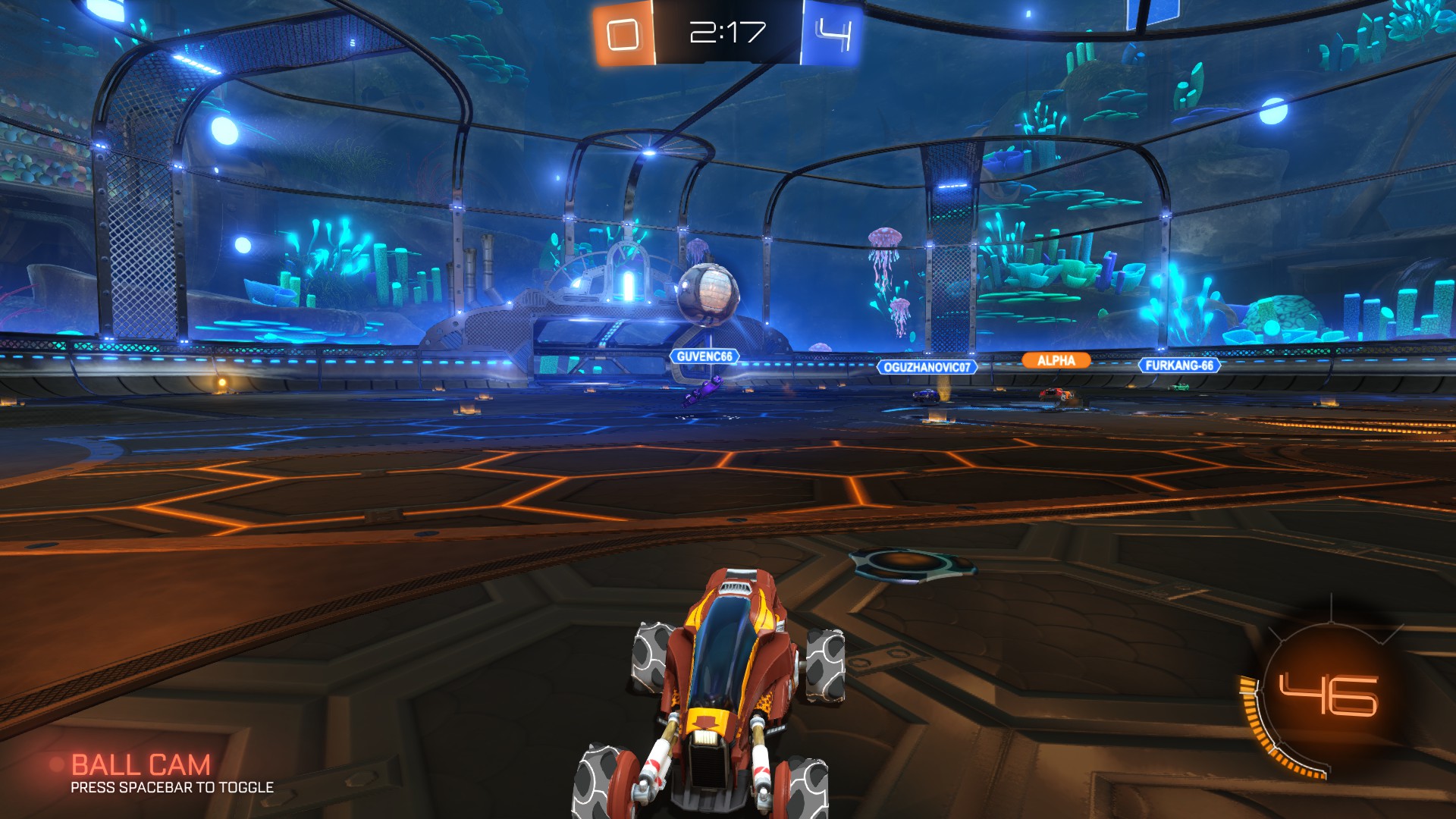 Now that we know how much of a fans’ favorite Rocket League is, we can have a quick look at some of the facts you might have missed about the game.

The game was initially released on July 7, 2015. And in contrast to games such as Overwatch, the developers Psyonix keep adding new features and gameplay options to this day. (Check out the latest Overwatch player count 2022 for more information.) Keeping the interest of the audience high is not something many developers can pull off these days and we certainly admire those who make an effort.

15. Rocket League is currently available on 3 consoles and 3 operating systems.

(Source: How Long to Beat)

The game is available on Nintendo Switch, PS 4, and XBox One as well as PC, MacOS, and Linux. Rocket League is one of the most popular games to play for free on PS4 and on all platforms and operating systems. It allows cross-platform play between different versions

No need to worry about the Rocket League price anymore. One of the iconic vehicular soccer video games of all time, Rocket League, is free to use on all platforms (even on Steam) since September 2020.

17. There are 10 standard types of cars in Rocket League.

The competitive football game controlled by cars keeps us coming back for more after every Rocket League match. Of course, the car you drive makes all the difference. Unlike Gran Turismo though, here the cars are anonymous (no brand) and that’s one of the cool things about the game actually. Some models you need to unlock before you can use them, of course. (Speaking of Gran Turismo, did you check out our list of the most anticipated games of 2021? It’s quite awesome!) Every gamer personalizes their car(s) so no cars are the same in any match. The 10 standard types of cars function as the basics for what would become fancier cars as players make progress in the game.

18. There are 14 standard arenas with 21 alterations so far on Rocket League.

The Rocket League arenas are one of the coolest features of the game. There’s an underwater arena (AquaDome) where you play in an illuminated dome at the bottom of the ocean and sharks swim above you. There’s also a Japanese-themed arena (Forbidden Temple) decorated with sakura trees in full blossom and traditional Japanese architecture. Rocket League delivers in gameplay, features, and design!

19. We can play Mario Kart on Rocket League now.

Spring is upon us and Rocket League delivers awesome new content as usual. Join a team, win tons of tournament rewards, and collect tons of new items today! The new features in Rocket League Season 6 include the new neo Tokyo comic arena, weekly and seasonal challenges, and competitive rewards. Cool! 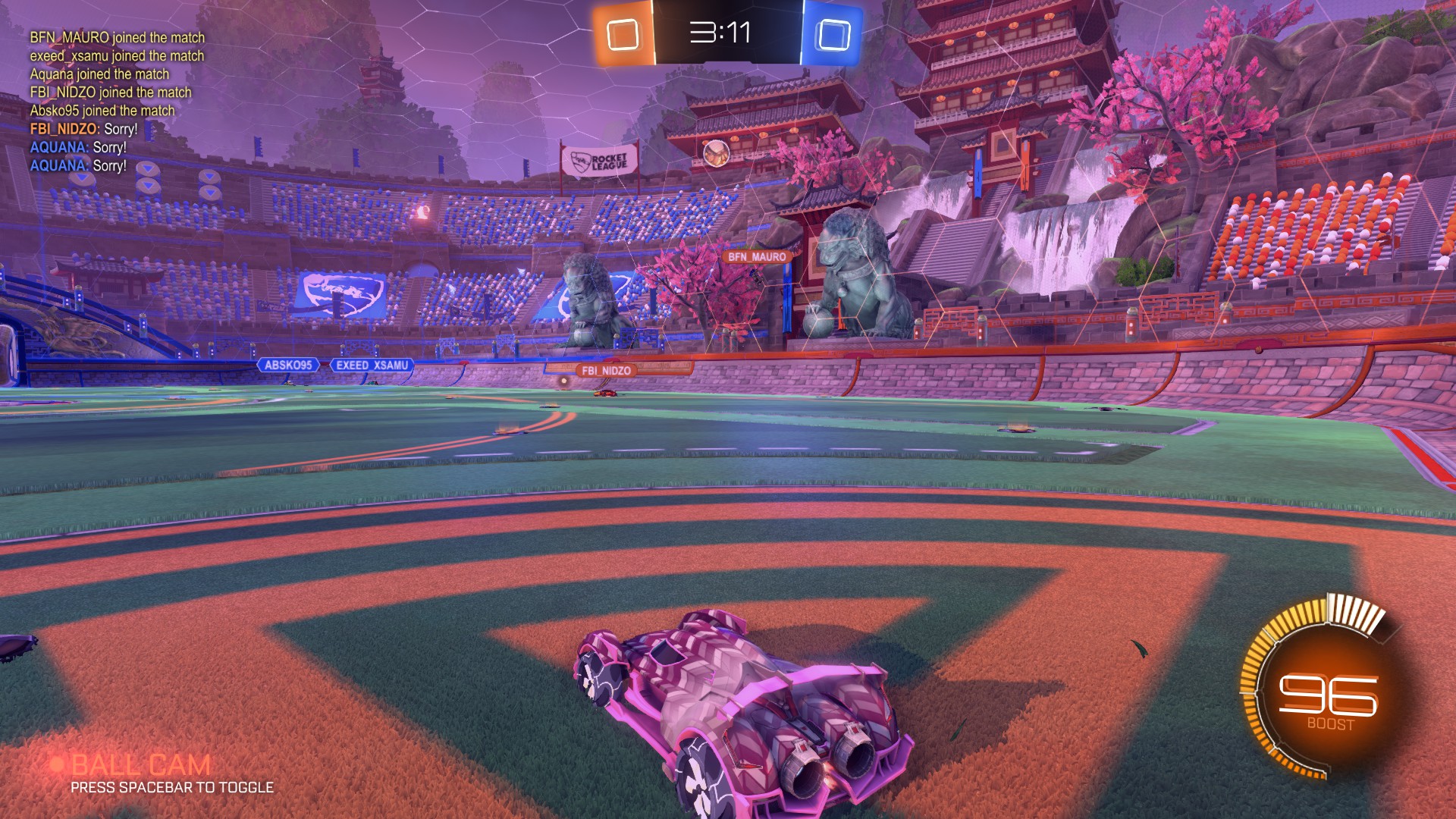 We can’t talk about Rocket League and not mention the stars of the show - the spectacular Rocket League garage. A player’s car is customisable and if you’re a serious player, the car you drive in the game does matter. If you didn’t know that by now, people pay real money for other player’s cars on the game.

Cars are one of the aspects of the game which makes players compete among each other. When you enter the game, you start with one of the unlocked cars which of course are basic and very far from fabulous. The more you play, the more awards you get and the better cars you unlock.

Players can demolish other player’s cars if they drive fast against them and win points. If you want to boost your speed, you have to collect golden spheres from the active boost pads and the more you collect - the better. You can check out how much boost you have on the boost meter located in the bottom right corner.

Scoring goals in Rocket League is the ultimate challenge to be sure. You score goals with your car and you need several hours in the game to start doing that. Learning to control your car is tough in the beginning, but it’s nothing in comparison to the effort it takes to hit the ball with your car, keep the goal from the other players and eventually start scoring yourself. The player who has scored the most goals during the match wins first place in the team.

Rocket League was released in 2015 and seven years later, its popularity is still increasing. It's free to play across all platforms including Nintendo Switch and gamers love the frequent content updates and events. In terms of games like Rocket League we can boldly say that it's a unique game in this video game genre.