How many people play Apex Legends two years after the official release? You’re here because you want to know more about this free-to-play first-person hero shooter battle royale game. The Apex Legends player count 2021 might surprise you!

The TechACake.com team enjoys gathering the latest video gaming statistics and presenting them to our audience every week. Check out our Gaming category and discover more about the latest player count of many popular video games today. We post new content every week. Now, let’s start with some Apex Legends statistics before we continue:

So, now that we know for sure than Apex Legends is still one of the most popular games in the world so far, we can dive into more detailed Apex Legends stats. Here we go:

How many people play Apex Legends in 2021?

The game quickly became a hit among gamers, especially after they released the cross-platform play between all supported platforms in October 2020. Apex Legends is a game from the Titanfall series but Apex Legends is way more popular on Steam in 2021. (Titanfall 2 ranked #141 on Steam in February 2021.) You’re here because you want to know how many people are playing Apex Legends in 2021, so let’s get started:

In March 2021, the game ranked #6 on Steam but went up to its usual #4. Apex Legends joined Steam on November 4, 2020. In the few months after the Steam debut, the game has managed to enter the top 10 most popular games on Steam. According to the latest Apex Legends Steam Charts statistics, the game ranks #4 on Steam in August 2021. After the immediate success of Valheim, Apex Legends went down one position on the Steam Charts. According to the latest Valheim player count, the game used to rank #3 on Steam which left a game giant like PUBG out of the Steam top 3.

If we compare the game with other video games, we’ll see that ranking in the top 10 on Steam is quite the accomplishment for a game that has been on Steam for just a couple of months and on the video gaming market for just over two years. According to the latest CS:GO statistics, the favorite shooter game of millions of players around the world ranks #1 on Steam for quite some time now. Tough competition!

It’s been almost a year since the game was released on Steam and the peak number of concurrent Apex Legends Steam player count is already close to 350,000.

It went up from #9 in March 2021. Both Twitch and Steam are tough platforms to rank high on. People love playing and watching gameplay of their favorite games and what’s amazing is that some of the most popular games on Steam are more than a decade old (Counter-Strike, Minecraft, and League of Legends). Fun fact, in February 2021, CS:GO ranked one position below Minecraft on Twitch. And Apex Legends stands one position above Fortnite!

The concurrent number of Apex Legends viewers on Twitch definitely was on the rise during the outburst of the coronavirus and during the lockdown. However, it wasn’t so obvious like what we saw with other games. For example, the League of Legends player count saw a significant raise during the lockdown and the numbers are still on the rise - in January 2021, people watched 170 million hours of League of Legends gameplay on Twitch. However, the interest in Apex Legends is on the rise over the last months - it's jumped from 47 million hours in July to 89.7 million hours in August.

7. Apex Legends is expected to become a billion dollar franchise in 2021.

The publisher of Apex Legends, Electronic Arts, is rumored to expect the game to become a billion dollar franchise in 2021. The popular battle royale game is already winning a lot of money for their creators and they expect it to become their next billion dollar franchise during the 2021 fiscal year. Electronic Arts is a vast corporation which published some of the most popular games of all time. Think about The Sims, Mass Effect, FIFA, Need For Speed, Battlefield - those are all EA games. We hope to see more of those amazing games in the years to come. 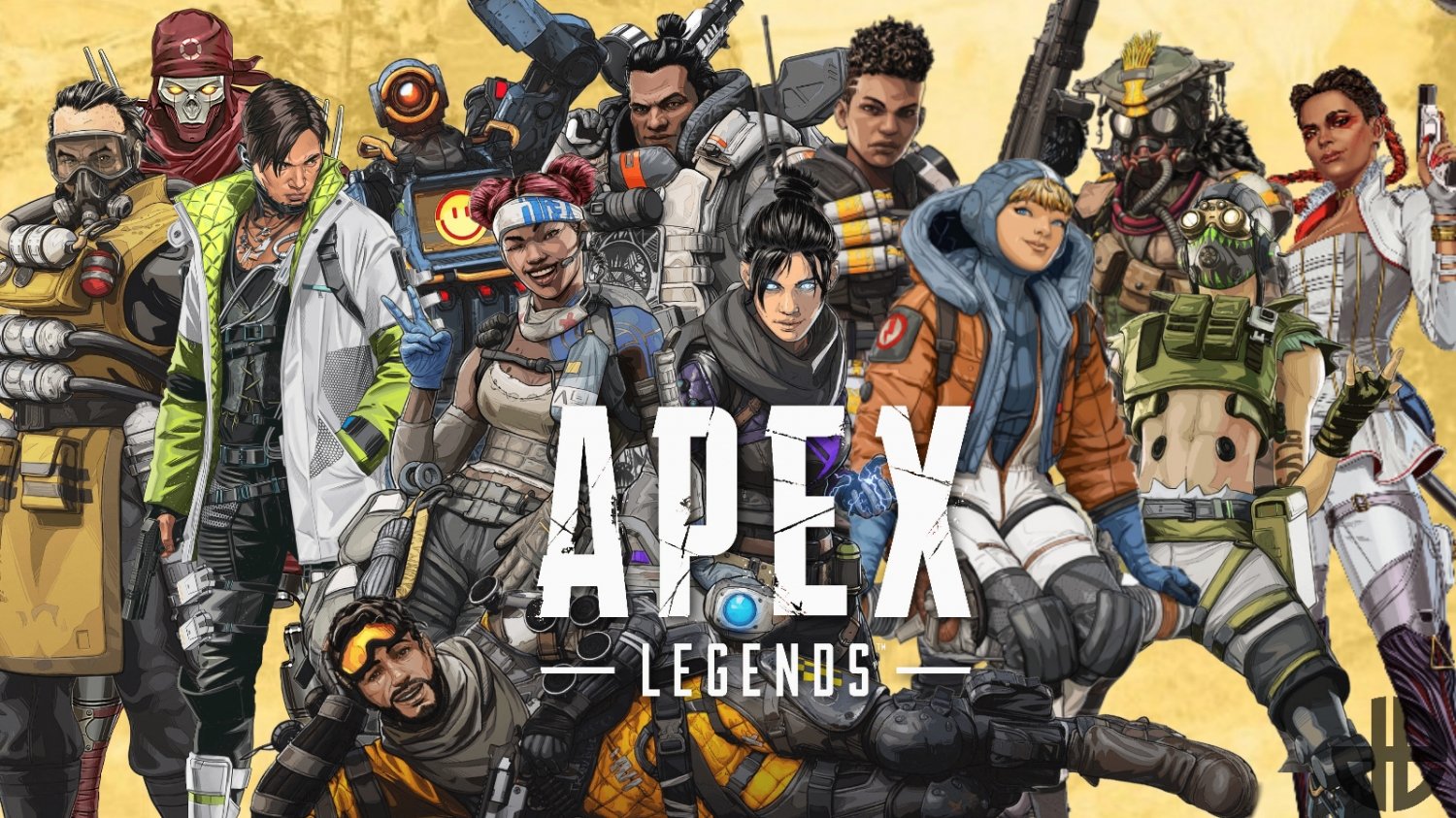 We saw the latest Apex Legends current player count 2021. Now we’re going to look back and find out how many people played Apex Legends since the release:

Apex Legends was released in February 2019, so in less than two years there were 47,600,000 Apex Legends players in total. If we compare that to the GTA 5 player count over the years, you will be amazed. GTA 5 is one of the most popular games of all time - it was released back in September 2013, and as of November 2020, 143,000,000 people had already played the game. Apex Legends saw almost a third of this number only in two years for just one platform - PS4.

10. Apex Legends won a Steam Award in the Best Game You Suck At category in 2020.

11. In October 2019, there were 17 million registered Apex Legends players.

Eight months after the Apex Legends official release, the game already had 17 million registered players. Back in the day, the game was available only for PC, PS4, and Xbox One.

In 2021, Apex Legends is available on the next-gen consoles - PlayStation 5, and Xbox Series X/S, as well as PlayStation 4 and Xbox One, Nintendo Switch, PC, Android and iOS.

12. In the first 30 days after the official release, Apex Legends had more than 50 million users.

Impressive! The game has done well for its developers and publishers and will certainly leave its mark in the history of the video game industry. However, we can compare it to the game legend GTA 5, just for fun. Did you know that GTA 5 was the first and only game to make $1 billion in the first three days after the release. As of 2020, 140 million copies of the game were sold worldwide. Even if this seems a lot less than GTA 5, Apex Legends is enjoying quite the large fan base in 2021. 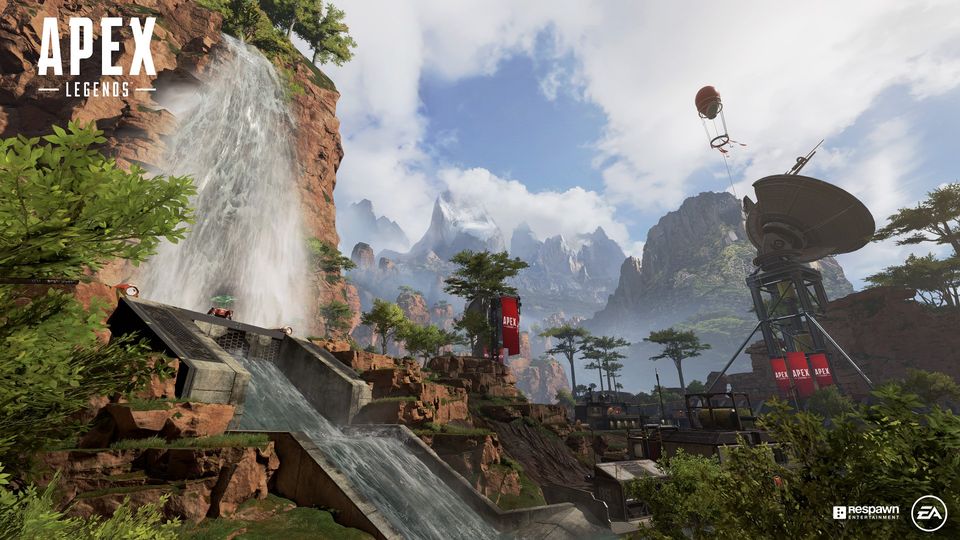 Are Apex Legends players cheating? You bet. Another tribe of gamers who like to use cheats and hacks in the gaming community are CS:GO players, but let’s stay on point here. Bottom line, Apex Legends is not the only game with cheating issues in 2021.

What is the state of Apex and cheaters in 2021? The developers team from Respawn are trying to address the issue by permanently banning cheater’s hardware. This only worked for a while until new hacks came along. Some players say that the cheating issue is ruining the game for them and made them stop playing it at all. The Apex Legends community is still waiting for a solution to the problem.

Games like PUBG really made a difference for the video game industry. There are several games who’re competing for the #1 battle royale game of the year. Games like CS:GO, PUBG and Fortnite, Apex Legends, Cuisine Royale, and Realm Royale work like a magnet for gamers. The notorious battle royale rivalries like Apex Legends vs Fortnite, or CS:GO vs PUBG have become a topic for many arguments lately.

In terms of player count, both Apex Legends and Fortnite are boasting a large fan base. Let’s have a look at some Fortnite statistics so you can compare them to the Apex Legends stats we already went through. As of November 2020, a total of 19 million people had already played Fortnite: Save the World on PlayStation 4 only. In May 2020, there were 350 million registered Fortnite players worldwide. Currently, Fortnite ranks #4 on Twitch. In the battle for more players between Apex Legends vs Fortnite, Fortnite definitely wins.

One fun fact before we wrap things up. Did you know:

The battle royale phenomenon Apex Legends is still going strong in 2021. In late 2020, the game joined Steam and quickly entered the top 5 most played games on Steam. Many people compare two of the best battle royale games of all time - Apex Legends vs Fortnite. When we looked for more stats on both games we found out that Fortnite has a definite advantage when it comes to player count.

You already know how many people play Apex Legends in 2021. Maybe you’re even one of them! Beware of those Apex Legends cheaters, though! Visit TechACake.com for more awesome content on video gaming in 2021.