Call of Duty is one of the best first-person shooter games on the video game market in 2021. How many CoD games do you know about? There are four installments of Modern Warfare series so far. How many people play Modern Warfare in 2021? That’s a tough one but we’ll try our best to answer it. And we’ll cover the Modern Warfare player count for the different installments.

Call of Duty is a modern video game legend and we here at TechACake.com decided to have a good look around the latest CoD statistics. There are four installments of the Modern Warfare series and we’ll cover their player count and popularity as well as some of the previous Call of Duty games. Let’s get started:

Call of Duty is one of the most popular video game franchises of all time. The game has made millions of dollars in revenue for the developers both on mobile and on console. Here we go:

In Q1 2021, COD Modern Warfare is in the Twitch top 30 most watched games. The competition among first-person shooter games is fierce to say the least. There are the legendary PUBG and Fortnite, Apex Legends and Battlefield, Overwatch and CS:GO and all of them are among the top 30 on Twitch. (There’s another Call of Duty installment which ranks way higher than that, see stat 7).

Let’s get things straight right away: Modern Warfare is a sub-series of the Call of Duty franchise. Here is a brief list of the series and the year of their release:

2. The all-time peak of Modern Warfare 2 Multiplayer players on Steam is 11,442.

This installment of the Modern Warfare series is the most popular on Steam. It has been on Steam since 2012 and the player count has gone from over 11,000 ten years ago to 1,000 in March 2021. The games are not very popular on Steam and have never been. For example, the game which conquered Steam in a flash in February 2021 - Valheim, quickly became a favorite in the gaming community. According to the latest Valheim player count, more than 5 million people had played Valhein during the first month after the release. 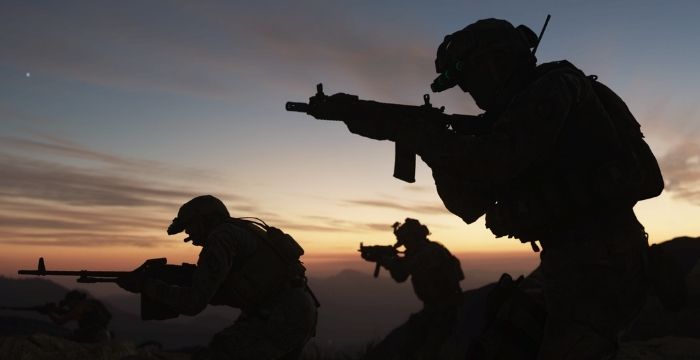 How many people play Call of Duty?

5. In March 2021, the most popular Call of Duty installment on Steam was Call of Duty: Black Ops III.

The all-time peak of concurrent Black Ops III players on Steam is 63,680. That was in November 2015 when the game was released on Steam. That number has slowly dropped in the six years since the release. In March 2021, around 5,000 people played the game concurrently on Steam.

In 2020, two of the Call of Duty installments saw a triple raise in players - Modern Warfare and Warzone. The first-year sales of the latest CoD game - Modern Warfare (2019) are the highest in the history of the franchise.

This is the most popular CoD game on Twitch in Q1 2021. The Call of Duty battle royale mode is by far the most interesting for the Twitch audience this year. The four other games in the top 5 are Just Chatting, League of Legends, GTA 5, and Fortnite - all legendary games with massive fan base. According to the latest GTA 5 player count for example, the game has been played by more than 140 million people so far on PS4 alone.

8. As of August 2020, the overall Call of Duty: Warzone player count was about 75 million people.

The latest installment of the Modern Warfare series came out in 2019. A year later, more than 23 million people had already played the game on PlayStation 4. According to the source, more than 65% of all the players earned at least one trophy in the game, whereas the median number of games per account is 32.

The peak of Warzone gameplay hours watched on Twitch came in March 2020, just as the first coronavirus lockdown started - 96.2 million hours of Call of Duty gameplay were watched on Twitch. The first-person video game published by Activision is most famous for its battle royale mode.

None of the Call of Duty games rank on Steam top 100 in Q1 2021. The CoD franchise might be a big deal, but not on Steam obviously. The game which has been number one on Steam for a long long time, is the people’s favorite shooter - CS:GO. According to the latest CA:GO player count, the game has around 1 million concurrent players on Steam.

12. Call of Duty: Modern Warfare 3 sold 65 million copies in North America and the UK in the first 24 hours after the release.

The COD franchise is huge! In the first five days after the release, Modern Warfare 3 made $775 in sales. This is the third installment of the Modern Warfare series and it was a hit since the very beginning.

When it comes to WWII-based video games, the choice is between Call of Duty and Battlefield 5. According to the latest Battlefield 5 player count, more than 18,000 people played the game concurrently on Steam in February 2021. Battlefield 5 was also nominated for a Steam Award last year. However, the Steam Awards 2020 were very dramatic and the award went to Ori and the Will of the Wisps. Call of Duty on the other hand, was nominated for a Steam Award only once - in 2017, in the category “Even Better Than I Expected’. The award went to Cuphead.

14. During the 2020 Call of Duty: League Championship a total prize pool of $4.6 million was spread among the winning teams.

The Call of Duty: Modern Warfare World Championship 2020 was a dramatic one. Because of the COVID-19 pandemic, the event was held online and separated into three regions. The Championship began on August 19 and ended on August 30, 2020. It took place in North America and the platform of choice was PlayStation 4. The event was organized by Activision and the total prize pool amounted to the incredible $4.6 million. 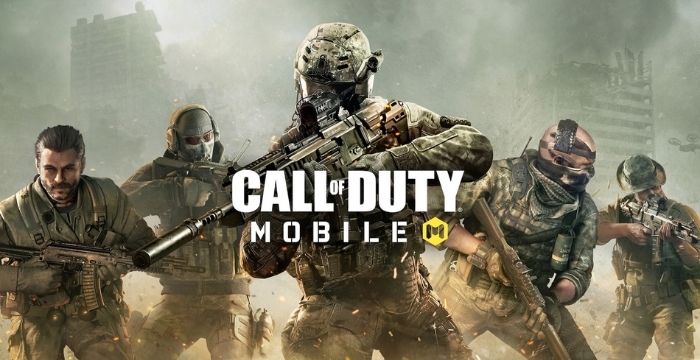 One of the biggest hits in the mobile game industry is without a doubt Call of Duty: Mobile. It's a free-to-play first-person shooter game released for Android and iOS in October, 2019 and it has made millions of dollars for its creators - the developers TiMi Studios and Proxima Beta Pte. Limited, and the publisher Activision. The game is similar to Counter-Strike and the Battlefield Series and is one of the favorite mobile games of millions of players. Let’s have a look at the Call of Duty: Mobile revenue and statistics so you get the full picture:

15. Call of Duty: Mobile was downloaded 250 million times on Google Play and the App Store.

As of June 2022, the game already had 250 million downloads worldwide in the first 265 days after the release. According to the latest PUBG player count, PUBG mobile was downloaded 236 million times for the same period, and Fortnite - 78 million times. Call of Duty: Mobile is definitely at the top of the download chart.

14 months after the initial release of the game, it accumulated a revenue of $644 million. According to Activision Blizzard, in Q4 2020, Call of Duty: Mobile delivered their best results so far.

17. Call of Duty: Mobile generated $14 million during the first week of the release in China.

Call of Duty: Mobile has generated engagement and player investment way above the average. The game has a loyal audience in the US, where it was downloaded almost 30 million times in the two months after the initial release.